YWG lets the dogs out 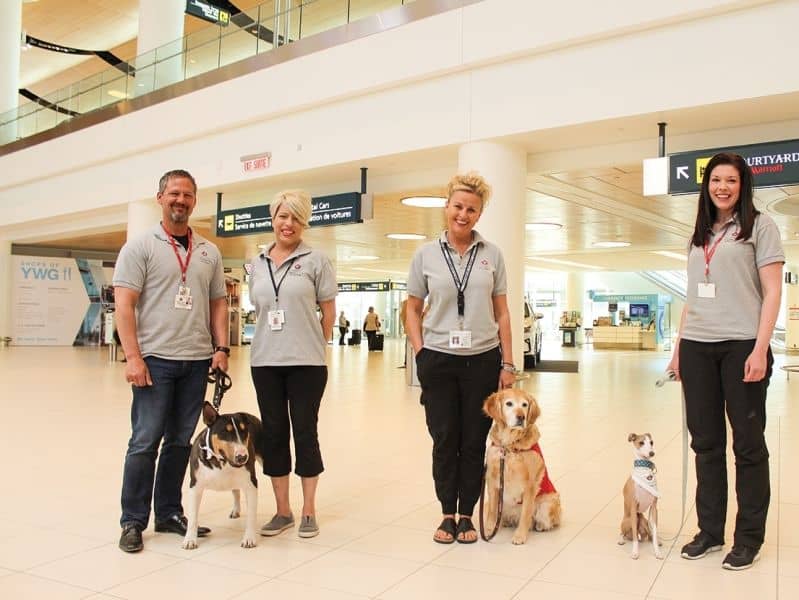 YWG lets the dogs out Though the comfort of the experience has never been better, the truth is that not everyone enjoys flying. Even experienced travellers and those who love taking to the skies may encounter a bit of unforeseen stress or anxiety on their trip. What’s a fly-by-plane person to do?

Last year, Winnipeg Richardson International Airport and St. John Ambulance Manitoba (SJA Manitoba) introduced a program for this conundrum that is as lovable as it is effective. Teresa Toutant, Director of Community Services at SJA Manitoba, says it was a combination of things that led to its start at YWG. “This came to be in an exciting way, personally,” says Teresa. “I saw that SJA Canada started a similar program in another airport which instantly sparked my intrigue because I previously worked with an airline. Also, there were such positive effects for travellers nationwide — I wanted to bring that to our community.”

Though the excitement was there, getting it off the ground was no walk in the park. It took the combined effort of multiple groups. SJA Manitoba led the charge from the volunteer perspective, working to gather a variety of nationally certified dog and handler teams. The fleet of dogs includes everything from chihuahuas to mastiffs and several breeds in between. Meanwhile, the team at Winnipeg Richardson International Airport worked diligently to ensure the dogs would receive a warm welcome. The airport quickly made way for these furry friends to do what they do best — give unconditional love.

The dog and handler teams are not only equipped to comfort adults, but children as well. From the anxious flyer to the parents who need to calm their children, the airport now has 23 volunteer teams that go above and beyond to assist travellers in any situation. Nancy Leverence, Jamie Sasley and their English bull terrier named Bosco agree. “Bosco is a unique breed and his personality was perfect for this. He’s great with people,” says Jamie. “He’s well known where he comes from — Selkirk — as a teddy bear,” adds Nancy. “We wanted to share him with the world and bring a smile or two to people’s faces.” Monica Huisman and her golden retriever, the lovely Lola, are on the same page. “Lola has a face and energy that kids and adults are attracted by. She knows how to gauge her energy based on who she’s with,” says Monica. “Even after six years of being a therapy dog in retirement homes and elementary schools, she loves it when I put her uniform on and so do I. Volunteering is fantastic and I feel honoured to be part of this.” YWG’s program is actually the fifth such partnership across Canada and it is barking up the right tree for many people — especially on social media. The immediate acceptance is spurred on by almost daily shifts from the volunteer teams. The outpouring of support and benefits to travellers are highlights for SJA Manitoba and Winnipeg Richardson International Airport, and has them focused on developing it further. “Though we’re pleased with the progress and almost daily coverage, we’re looking to get 75 teams or more by the end of the year,” says Teresa. “Two volunteer shifts a day at the airport is one of our goals, and we’re confident this program will continue to be overwhelmingly positive. It really does make a difference.” The long-term goal for this program is to have coverage for all flights out of YWG. Reason being?

At the end of the day, it comes down to a personal connection and a helping hand or paw. Chelsea Obsniuk, one of SJA’s volunteers, says her Italian greyhound, Sarge, loves the chance to make and comfort new friends. “We spend a lot of time at the playground area and as soon as he sees children, he wants to spend time with them. Parents find it a great way to calm kids down,” says Chelsea. “Sarge gets a lot out of it, and I leave with a full heart as do the people he interacts with.” Suffice to say, this one’s a howling success. 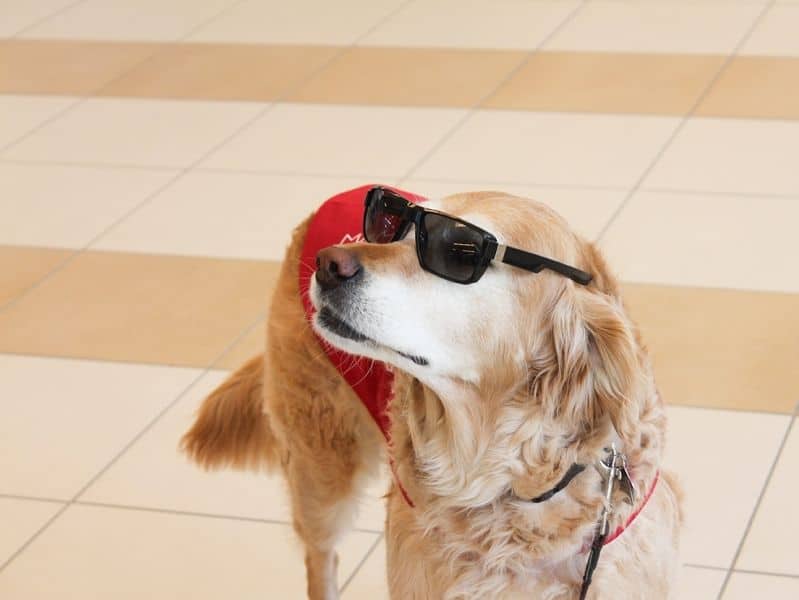