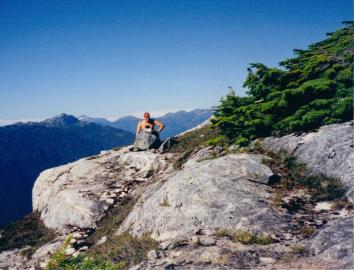 Strathcona Provincial Park is a year round destination park on the island. It has rivers, lakes, mountains, meadows, forests and plenty of wildlife. The park includes many recreational trails - some short and others very long.

Vancouver Island normally enjoys moderate temperatures making the summers sunny and warm and the winters mild. Some of the other activities enjoyed in the adventure park during the summer months include hiking, backpacking, rock climbing, canoeing, horseback riding, fishing and mountain biking. The weather enables golfing year round in the communities and skiing in the mountains of the park in the winter.

The larger mountains and alpine plateaus are winter destinations in the park with snow covering the peaks between the months of November and April. In the winter, the park entertains people who enjoy downhill skiing, snowboarding and snowshoeing. The ski hill in the park is called Mount Washington. Snowmobiles are not permitted in the Provincial Park.

Strathcona Park is a highlight reel of natural wonders. Della Falls is one of the world's top 10 highest waterfalls with a drop of 440 feet. The cascading falls travel over three cascades. To reach the falls one must hike a wilderness trail and canoe a lake to the trailhead. Another highlight is the Flower Ridge Hiking Trail which takes you up some steep climbs to an alpine meadow.

Buttle Lake is the largest body of fresh water in Strathcona Provincial Park. Canoeing and fishing are popular on the lake. Fisherman arrive at the lake every year hoping to catch Cutthroat, Rainbow, and Dolly Varden Trout.

Vancouver Island's highest mountain, the Golden Hinde, has an elevation of over 2,200 metres. There are amazing views of the Alberni Valley. To enjoy the scenic views one must hike a trail along mountain ridges and cliffs to the alpine peaks.

Proudly the park has taken initiative and developed three nature conservancy areas. They are the Big Den, Central Strathcona and the Comox Glacier. All three have a combined area of 122,500 hectares of wilderness scenery!

All trail routes should be researched thoroughly and hikers be prepared adequately. Please remember to pack out what you pack in. No littering and no approaching wildlife.

How To Get ToStrathcona Provincial Park

kayak_port_alberni_01
PreviousNext
No reviews yet for Strathcona Provincial Park.