We arrived in Nanaimo, BC on Vancouver Island at 7 AM in the morning. Bags under our eyes we caught the first ferry in the morning after driving from Merritt, BC. 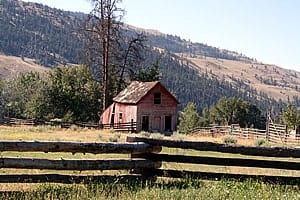 “I Stop for Red Barns”

Along the way we stopped for fruit stands, gas stations, coffee houses, washroom breaks and photos of old buildings and red barns.

For those who know me well know I should have a bumper sticker on our jeep that reads, “I Stop for Red Barns”. Not sure why I like taking photos of red barns but then again I do not know why I do a lot of things. LOL.

We arrived early at the ferry terminal on the Vancouver mainland so we caught a couple of hours of sleep while waiting in the line up to the ferry. It seems the ferry does not operate at 3AM? We knew that but we were hoping for a miracle.

Our beds for the night were the front seats of our jeep. It was the only accommodation with room at the time. Our entertainment outside our makeshift room were the motors running from the large transportation trucks we were currently sandwiched in between.

Regardless of the living conditions… it seems we were still tired enough as we slept sitting upright in our seats – packed like sardines – wedged in between the seat and the dashboard. Welcome to the EH Team Inn! 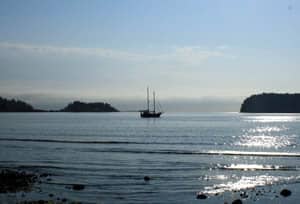 Once in Nanaimo, B.C., Canada on Vancouver Island we were too early for any interactions with friends and family.

Together, we decided to head down to a beach park located off the highway in Nanaimo called Hammond Bay. We figured we could continue our sleep till check out time at the EH Team Inn.

Colin, being that he has done most of the driving, was out like a light. Me… well I pretended to sleep until I realized it was not going to happen. I gave up basically. The sun was awake and, now, so was I.

Restless… I decided to grab the camera and go for a walk down the very long beach called Hammond Bay. There were a few other early risers exploring the beach egging me on by their actions to explore also. 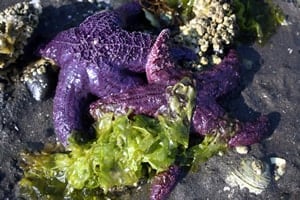 The beach was covered in sand, rocks, boulders, fallen maple leafs and marine life. There was a low tide and the underwater life of the ocean was exposed. I could see the low tide was creating a photographer’s outdoor studio. I am, by no means a professional photography, but I like to take pictures.

I sat and gazed at the sun as it crawled along the horizon. Slowly but surely it gained momentum and broke loose of the hold the horizon had on it and sprinted up into the sky. It was free to share its shine and warm the earth for another day.

In my KEEN Canada hiking boots I began to walk down the beach creating footprints in the sand. Every step I took the ground shook and miniature crabs scrambled for cover as if an earthquake had just happened. 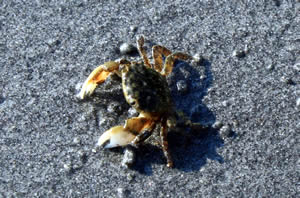 Crab Ready to do Battle

The odd crab would stay behind and defend the rest. Brave little guy. It stood alone pointing its little pinchers up at my feet ready to do battle to a certain death.

However… little did the warrior know I was no threat. I backed down from every challenge from every crab every time making sure I did not crush the little creatures so to let them do battle another day with someone else or thing.

The sandy beach soon ended and the ocean rocks took over the landscape. It was like going from the earth to the moon in one giant step. The rocks were everywhere.

Not just any type of rock. No… these rocks were covered in barnacles which could slice a finger off if not careful. The barnacle edges, at one time, were used as knives by the early First Nation people. They are sharp, treacherous and slippery at low tide when they show their nasty side.

Rocks were on top of rocks. There were little ones and ones taller than me. Every step was on a rock with barnacles Every step you could hear the barnacles crack, crunch and crackle under my feet. It was so loud it would have made Snap, Crackle, Pop of Rice Krispies fame proud.

I stood. I dragged my feet. I sat on logs and watched the waves roll in. I did it all. I was in no rush and did not plan on being rushed.

As I strolled the beach I took pictures of sea shells and star fish and anything marine. Some star fish were stranded on land, not fast enough to race the low tide. While others were basking in the ocean, yet close enough for me to see them underwater.

I made sure not to disturb them as they were doing me a favor by keeping me entertained.

I spent a couple of hours on the beach clicking photos and thinking thoughts. It is in these moments when you are alone, surrounded by beautiful scenery, that you learn to appreciate the little things in life and realize that the material things mean nothing when it comes to quality of life here on earth.

When I arrived Bro was awake. We were soon on our way. Which way we were not sure. Just how we like it!

How to Create, Edit & Manage Your Ad Listing 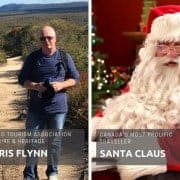