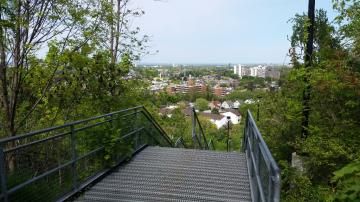 The Hamilton escarpment in Ontario is not just a beautiful place to hike, it’s also a great place to exercise. The Wentworth, Kenilworth, Chedoke, James & Dundurn Stairs & Rail Trail are Hamilton’s favourite places for people to walk, jog and cycle as well as walk and run up and down one of its five sets of stairs every day.

Currently there are 5 sets of stairs up the escarpment in addition to a privately-built set of steps called Uli's Steps.

These steps connect the West Mountain to the lower west city, coming close to the front door of the Chedoke Civic Golf Course clubhouse. There are 289 steps to climb.

The original Dundurn wooden steps were replaced in the 1990s by steel steps. There are 326 steps.

The original James Street wooden steps were replaced in 1987. The stairs originate at Southam Park on the mountain at the top of the Claremont Access. There are 227 steps.

The original wooden steps built in 1903 consisted of 6” to 7 ¼” risers. The stringers rested on cedar posts sunk 4-7’ in the ground. The original staircase had 570 steps. After a rock slide in March of 1983 they were replaced with metal steps just east of the position of the original steps and they now follow the path of the old East End Incline Railway. There are 498 steps.

The Kenilworth steps connect the East Mountain to the Escarpment Rail Trail/Bruce Trail, and continue down to the Rosedale area of Hamilton. There are 228 steps.

Before the city completed construction on the Kenilworth stairs, a privately built set of steps named Uli’s Steps connected the upper and lower city. These steps were built as a retirement project by a Hamiltonian named Uli who spent two years on the project. They have 305 steps and beautiful flowers have been planted by Uli along the way. This is a great place for taking family photos.

The Hamilton escarpment is a gorgeous place to hike or to get your exercise climbing one of these 5 sets of stairs from the lower city to the upper city where you can then hike the Bruce Trail for miles. The diverse natural landscape of the escarpment supports a large variety of incredible ecosystems located in the heart of Canada's most densely populated region.

Biologists have said that the Escarpment is the most diverse region in the province. It is home to an outstanding assortment of flora and fauna including 36 species of reptiles and amphibians, 90 species of fish, 53 species of mammals and more than 350 species of birds.
Many unusual plants abound, such as, the Walking Fern which spreads by way of above ground runners, giving the appearance that it is walking.

In the fall the colorful trees and spectacular views make this area one of my favorite places to stair climb and hike in Ontario.
:
Address: 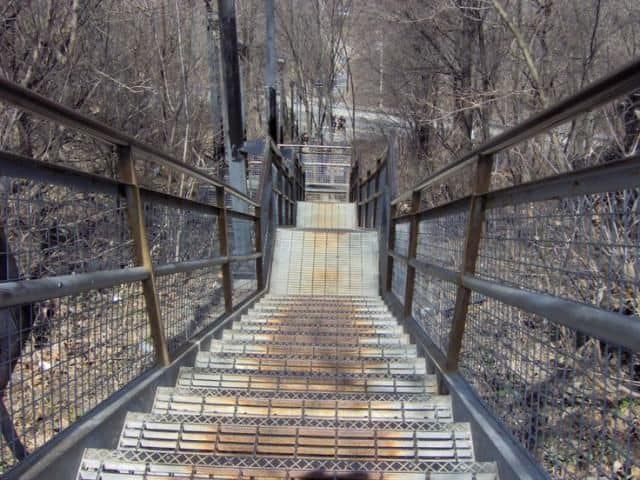 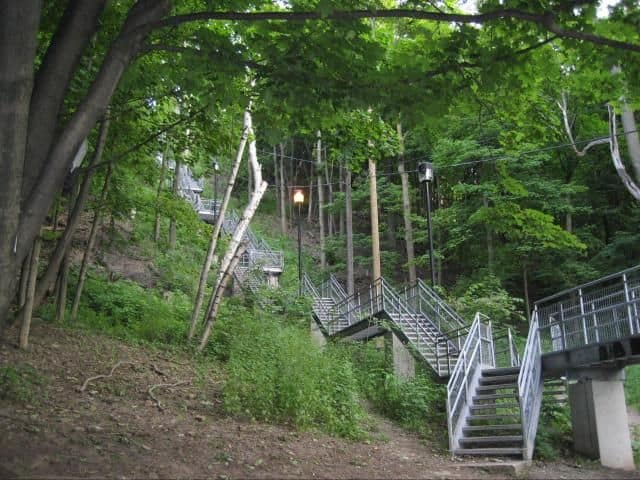 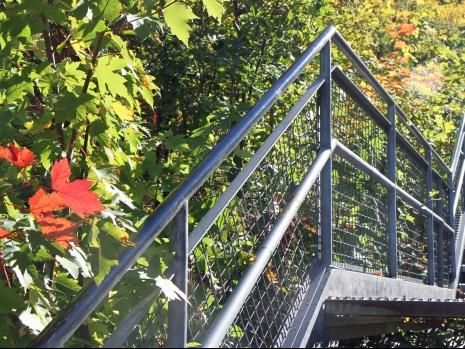 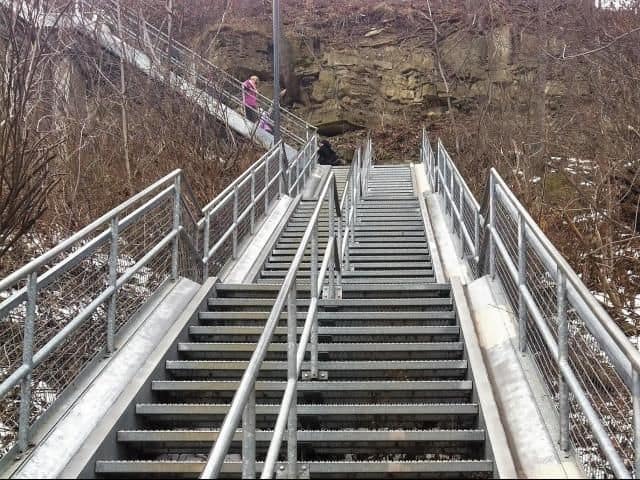