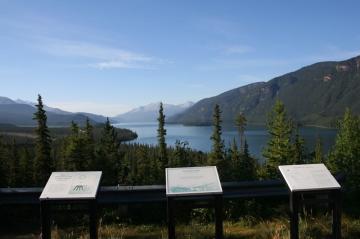 The lake park includes many natural attractions like the Folded Mountains, the Trout River Mineral Licks, a Rock Quarry, the Peterson Canyon, the Sheep Flats and Muncho Lake.

The Muncho Lake Provincial Park is measured to be 86,079 hectares. Starting from the south end of the park the Alaska Highway follows Toad River, then Muncho Creek before reaching the 12 kilometre shore of Muncho Lake. From Muncho Lake the highway continues north following the Trout River.

Some of the best wilderness views in the park are easily accessible from the Alaska Highway. There are viewpoints with interpretive signs at the main viewing areas in the park like at Muncho Lake, Peterson Canyon and the Folded Mountains. The odd shaped Folded Mountains are formed from shifts in the limestone plates.

Muncho Lake and some of the neighbouring rivers are good for fishing. There are resorts and tours operating in the park. Fishing includes lake trout, bull trout and arctic grayling. Fishing in British Columbia, Canada requires a fishing licence.

There are many opportunities to view wildlife in the massive park. Some wildlife can viewed from your car while others are seen while enjoying an adventure. Some of the wildlife in the park includes marmots, moose, grizzlies, black bears, wolves, beavers, caribou, stone sheep and mountain goats.

There are campgrounds and some resorts operating in the park. The campgrounds include the Strawberry Flats and MacDonald Campgrounds. They are separated by 10 kilometres along the Alaska Highway. 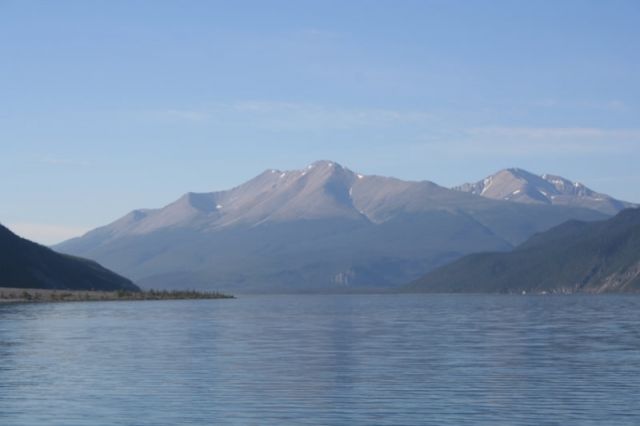 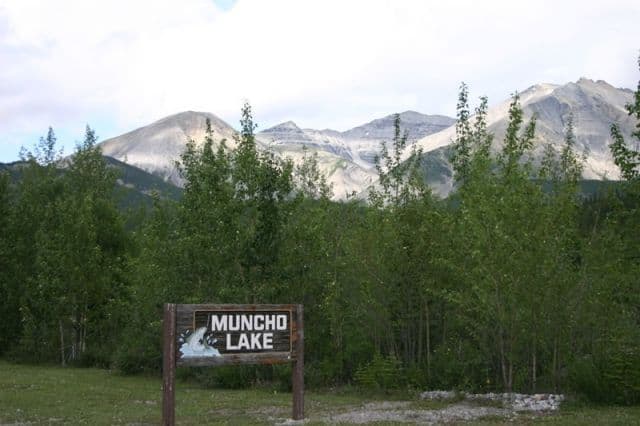