For us here at ehCanadaTravel.com the Cowichan Sweater is a great symbolic contest to start off the 2015 tourism, travel and adventure season with! 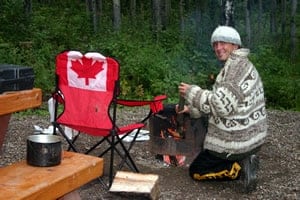 Camping in a Cowichan Sweater

The Cowichan Sweater has been keeping me warm and comfy for many years of my life. It has been with me on adventures from mountain tops to sea level, from grasslands to coulees, from forest floors to flower valleys, from rivers to lakes to 3 oceans – the Pacific Ocean, the Atlantic Ocean and the Arctic Ocean too. Coast to coast to coast me and my Cowichan Sweater have had a close, warm and long lasting relationship. 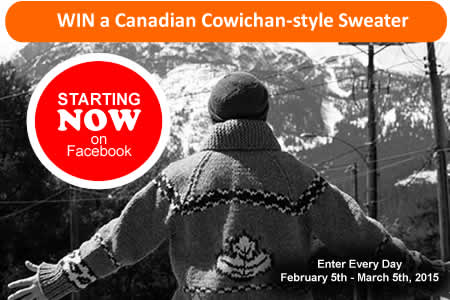 This sweater just might be what the doctor ordered for you, your Golden Ticket, just in time for your next great spring adventure in Canada. Enter to WIN once a day from February 5th, 2015 to March 5th, 2015 on our eh Canada Travel Facebook Page. Good Luck! Now back to the story. 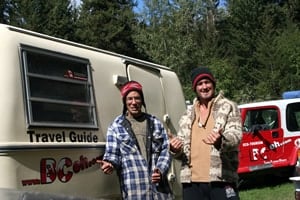 The “eh Team” Brothers on a Mission

When I was young I hit the jackpot when it comes to Cowichan Sweater luck. I had a Mom who could knit the socks off anyone, who could crochet up a storm and who could macrame any knot into a frenzy She was an all out artist running her own craft store in the Cowichan Valley on Vancouver Island, British Columbia, Canada called the “Spinning Wheel Yarns & Gifts”. 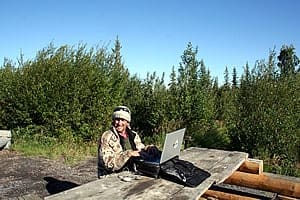 Working in my Cowichan

Before there was electric heating, warm houses and concrete conveniences the First Nation people lived a, largely, outdoor life. Most people would call it “roughing it”. It was a life exposed to the sometimes wet, windy and cold seasonal elements found on the west coast of Canada. The Cowichan Sweater, then and now, was well known for keeping people warm and dry.

The “Real McCoy” Cowichan Sweaters are knitted by Canada’s West Coast Salish First Nation people in the Cowichan Valley. They use wool straight from the sheep. The yarn is un-dyed, un-bleached and, basically pure virgin wool straight off a sheep’s back. A special wool that is hard to come by in these times.

The West Coast Salish First Nation people are the only ones who can honestly say they produce the Cowichan Sweater. We, here at ehCanadaTravel.com, cannot make that claim nor do we want to in respect of the First Nation people. What we are clearly saying is that we are offering a “Canadian Hand Knitted World Renown Cowichan-style Sweater” made from Roving Pure Wool.

We are proud to offer you this chance to WIN a Maple Leaf theme, never seen before, one-of-a kind Canadian Made almost Cowichan Sweater worth about $350 Canadian.

Enter today. Enter every day. You cannot win if you do not play. Sort of the same attitude we use when it comes to work and to exploring the outdoors, adventures and Canada.

The “eh Team” of ehCanadaTravel.com (eh Canada Travel & Adventure) are an award winning group of travel writers, called Tourism Ambassadors, who research and write articles pertaining to the many opportunities in travel, tourism, history and adventure in Canada. ehCanadaTravel.com travel website, blog and social media is the largest and fastest growing booking, planning and researching tourism and travel network for Western and Northern Canada – currently expanding into Eastern and Atlantic Canada.

“Mention eh Canada Travel and Adventure in your travels. It is the Canadian thing to do.”

What We Did Not Know About Canada? Life before Tourism. 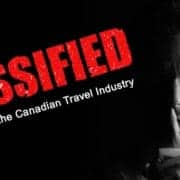 5 Secrets Of The Canadian Travel Industry

Visiting and Understanding Canada for Yankees