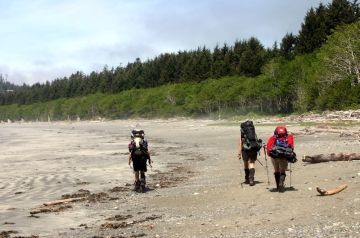 The West Coast Trail (WCT) is one of Canada's most famous multi-day backpacking and wilderness camping hiking trails. It is located in the world famous Pacific Rim National Park on Vancouver Island, British Columbia, Canada. The trail measures over 74 kilometres long and can take, anywhere, from 4 to 10 days to complete depending on your itinerary and fitness levels. It is notorious for its challenging terrain, ever-changing weather conditions, wildlife sightings and drop dead scenery.

The trail, initially, went by the name of "The Dominion Life Saving Trail". It began as a rescue trail for survivors of shipwrecks who encountered the jagged reefs off the coastline of Vancouver Island known as the "Graveyard of the Pacific". Once sailors reached the shore there was a telegraph line and some patrol cabins for shipwreck survivors to use. Sailors who survive the shipwreck would swim ashore and then follow the trail to safety. One famous ship, the "Valencia", went down off the coast in 1906 and 133 lives were lost. Soon later the Pachena Lighthouse was built to warn ships of the oncoming dangerous reefs.

In 1973 the West Coast Trail became part of the Pacific Rim National Park Reserve. The West Coast Trail or WCT for short it is now one of Canada's most popular recreational backpacking trail which challenges a person physically and mentally. The southern trailhead is located near the Village of Port Renfrew, BC and the northern access point is located near the Village of Bamfield, BC, Canada.

Along the trail are various designated, low impact, wilderness camping sites. Many of the camping sites are fitted with food caches, fire pits and pit toilets. There are many challenges along the trail from campsite to campsite - one being the weather. There can be days enjoyed hiking in the hot sun and during this same adventure there could be days of backpacking in torrential storms. This part of the country receives over 120 inches of rain a year.

If that is not enough, there are long sections of the trail which includes an endless supply of ladders climbing in and out of deep gorges. There are also cable cars which ferry hikers across rivers. However, they are not always working as the winds and rains sometimes wash them out. Believe us when we say, (and we are 6 time survivors of the WCT) the weather is unpredictable, the conditions change quickly and the scenery is always photographic.

Some of the highlights we enjoyed on our adventures exploring the West Coast Trail include the Pachena Lighthouse; Tsocowis Creek Waterfall; Tsusiat Falls and the views off of Carmanah Point. During your day hikes along the WCT there are obstacles mixed in with adventures like coastline caves, towering sandstone cliffs, massive boulders, rock outcroppings, marine life, tidal pools, unpredictable tides, sandy beaches, surge channels, log bridges and rope bridges.

The West Coast Trail is open from May 1st to September 30th give or take. It is a good idea to book ahead for this adventure as all backpackers require a WCT Park Permit. The shoulder season is between May 1 to June 14th and September 16th to 30th. The peak season is between June 15th to September 15th. If you do not plan ahead you can show up unannounced and there is a waiting list. During your wait there is a an area for camping. Be prepared to wait for an opening on the trail for up to 2-5 days.

Wildlife includes black bears, wolves, cougars and many different varieties of marine birds. Pack out what you pack in.

How To Get ToWest Coast Trail (WCT) 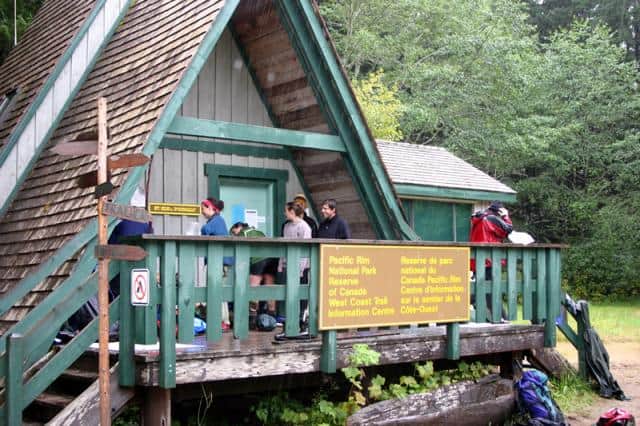 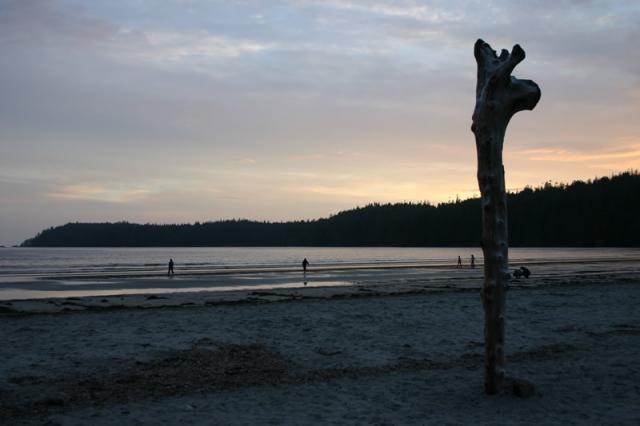