Ghosts, Apparitions & Creepy Paranormal Canada. How spooky is that!? 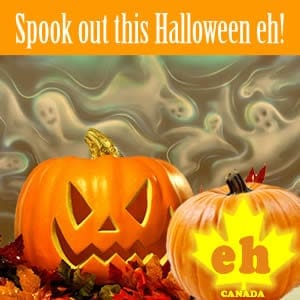 Do you believe in ghosts? What about monsters under the bed? Have you ever heard voices coming from the shadows? How about objects being moved? Did you blame it on your imagination at the time? Try visiting some of these 20 haunted attractions in Canada during the next full moon or witching hour and, yes, even during a power outage and see if you get spooked.

Maybe writing about ghosts at night, in the dark, is not a good thing. There is no such thing as ghosts, right? Ever thought when visiting an old, old building, “Maybe this place is haunted?”

Halloween is a holiday where freaky is good. Many will see ghosts walking the streets on Halloween – Canada’s spookiest holiday. But that is not the “real deal”.  This wannabe “spook-ologist” suggest you visit haunted places with moving objects, floating spirits, disappearing voices and ghastly footsteps.

Here are 20 great destinations in Canada to get your freak-on in October. 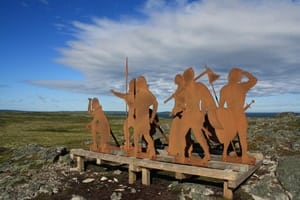 Canada Haunted Attractions 1: L’Anse aux Meadows, Newfoundland : A viking ghost boat is said to patrol the shores of this once proud Viking coastline. Vikings inhabited the shoreline long ago and established a village. Actual artifacts have been discovered. Today, the site is a Historic Site of Canada.

Canada Haunted Attractions 2: St. Michael’s Basilica, Miramichi, New Brunswick : Voices on the 2nd Floor. A little girl in the basement bathroom who vanishes after you look in the mirror. Kids playing in the gym. A nun screaming orders at the kids. Sounds like a ghastly time for sure.

Canada Haunted Attractions 3: Empress Hotel, Victoria, British Columbia : Francis Rattenbury, the architect of the building, is said to walk the halls. A housekeeper on the 6th floor has been spotted cleaning rooms. A little girl has taken up residence in one of the rooms. An elderly women knocks on room doors while in her pjs and then guides people down the hall to the elevator where she vanishes. Just creepy . 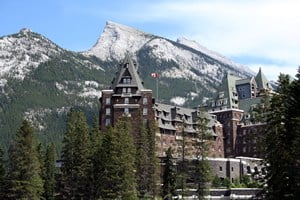 Canada Haunted Attractions 4: Fairmont Banff Springs Hotel, Banff, Alberta : Constructed in 1888 the Banff Springs Hotel is a legend in Canada for ghost sightings. And it is not just 1 ghost but many sightings of different ghosts. There is a ghostly bell hop named Sam Macauley who moves luggage and unlocks doors. Room 783 is home to a family of ghosts. There has been sightings of a bride who met her death falling down the stairs.

Canada Haunted Attractions 5: Citadel Hill, Halifax, Nova Scotia : A fort which is a walking graveyard of ghosts without prejudice. There are French, Canadians, First Nation and British ghost sightings here who touch, pull and push at times. Voices and footsteps are heard. Visitors often feel like they are being watched. Objects disappear and objects moved. Doors slamming shut and opening by themselves. Mysterious mists and a whole lot more.

Canada Haunted Attractions 6: The Old Spaghetti Factory, Vancouver, British Columbia : The building is built on top of some historic underground railway tracks. A ghostly conductor shows his presence once in awhile by rearranging tables and sending cold unexplained drafts through the building. There is an electric trolley car in the dining area from the 1950s accompanied by a photo which includes a ghostly figure many believe to be the conductor. 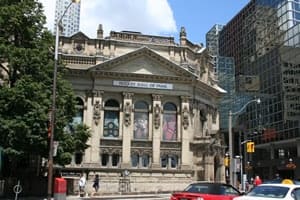 Canada Haunted Attractions 7: Hockey Hall of Fame, Toronto, Ontario : Once the site of a bank. The story goes that a broken-hearted teller killed herself after her advances failed with the bank manager. Listen for her crying of a broken heart.

Canada Haunted Attractions 8: Craigdarroch Castle, Victoria, British Columbia : Constructed in the 1890s the castle was the home of Robert Dunsmuir (coal tycoon) who died a year prior to the completion of the home. Ghostly encounters include sightings of a women in white and, it is said, the piano can play tunes by itself during the night.

Canada Haunted Attractions 9: Maritime Museum of B.C., Victoria, British Columbia : The home to the notorious “hanging judge” Sir Matthew Baillie Begbie. It is said if you look through the glass on the front door you may see him wandering the halls. The museum was once a jail were hangings were commonly carried out.

Canada Haunted Attractions 11: HI Ottawa Jail Hostel, Ottawa : A backpackers hostel which was once an old jail and home to many deaths. Reports have it that guests have heard screams and cries and their clothes have been rearranged in rooms. 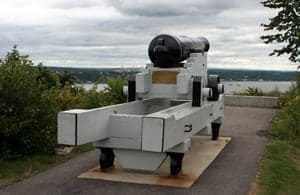 Canada Haunted Attractions 12: Plains of Abraham, Quebec City, Quebec : A 3 month battle between the attacking British and the defending French. It is the site of one of Canada’s most famous and brutal battles. Sightings of soldiers reported in the tunnels and on the battle field.

Canada Haunted Attractions 13: St. Francis Xavier University, Nova Scotia : Get this! Nuns can haunt too. Ghosts watch as students go about their day and the elevator goes up and down on its own. Talk about an education.

Canada Haunted Attractions 14: Royal Victoria Hospital, Montreal : Built back in the 1800s this building is a graveyard of patients who have died but have never passed on. Footsteps are heard of ghostly patients wandering the halls and room buzzers going off in non occupied rooms. I guess no one really wants to answer those calls.

Canada Haunted Attractions 15: Fortress of Louisbourg, Cape Breton Island, Nova Scotia :  A 1700 fort which was once a home to soldiers, First Nation, pioneers and families. Many soldiers died in battle and so did many others because of an outbreak of smallpox. Ghosts have been seen in the tunnels and wandering around the fort grounds. 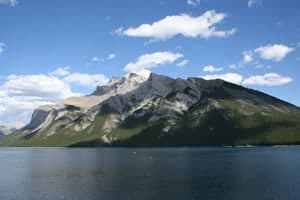 Canada Haunted Attractions 16: Lake Minnewanka, Banff, Alberta : Once the site of First Nation people. It is said a white ghost horse has been spotted roaming the shores of the lake and on other occasions a First Nation warrior has been sighted scanning the shores for skulls from past battles between tribes.

Canada Haunted Attractions 17: Ukrainian Cultural Heritage Village, Tofield, Alberta : A ghostly pioneer farmer has said to be seen riding through town seeking passengers. There are others too who have heard footsteps and whispers of ghosts going about their night.

Canada Haunted Attractions 18: James Bay Inn, Victoria, British Columbia : The famous artist and writer, Emily Carr, is said to wander the pub establishment in the inn where she died in 1945. Prior to becoming an inn it was a hospital. Rumor goes that she haunts men who do not like her work. OK… we love your work Emily Carr!

Canada Haunted Attractions 19: Fort Garry Hotel, Winnipeg, Manitoba : Room 202 on the 2nd Floor is home to a ghost in a cloak who stands over you while you are in bed. Apparitions of housekeepers cleaning the room after a suicide of a newly wed named Kate who found out her husband just died. The hotel seems to attract more ghosts as there have been sightings of a women in a gown, a man eating in the dinning room and a light floating down hallways. 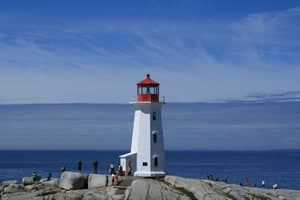 Canada Haunted Attractions 20: Peggy’s Cove Lighthouse, Peggy’s Cove, Nova Scotia : A lady named Margaret was shipwrecked in the 1800s and lost her children in the disaster. The story goes she was looking out onto the Atlantic Ocean one day missing her children. when her husband – who was dancing on rocks trying to cheer her up – slipped and succumbed to his wounds. Margaret later returned to the spot of her husband’s death and took her own life. Today, people have said they have seen a women in a blue dress on the shores looking out over the Atlantic Ocean as if she was about to jump to her death. Margaret is known for having conversations with living people.

Do you know of any haunted buildings or places which get your freak on. Let us know. Happy Halloween!

Greg Girard is a co founder of ehCanadaTravel.com and an outdoor enthusiasts. Greg and the “eh Team” are a small group of Canadian explorers called Tourism Ambassadors.  The “eh Team”  visit and explore Canada and the popular destinations and attractions , as well as, the not so popular, media shy, unknown destinations. Tourism Ambassadors make notes, take photos, create videos and then share the information on the ehCanadaTravel.com website and blog.

Thank you for supporting Canadian ingenuity and  entrepreneurship.

“Why book just an accommodation, when you can book, plan & share an entire vacation of a lifetime?” Greg Girard 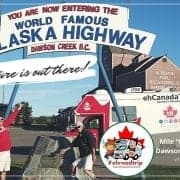 An Interview With Expanse Cottages in Nordegg, Alberta
Scroll to top