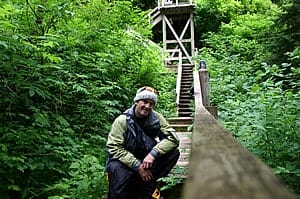 What is going on in the big house? Corporations are running the mad house and nature is taking a beating. Not only are the “movers and shakers” of Canadian politics removing barriers, creating new law so that corporations can drill, transport and dig up resources faster… but to top it off… the political honchos are reducing funding towards the preservation and protection of our parklands, wetlands and marine parks. In essence they are attacking the very foundation of our tourism industry – our natural areas and adventure destinations.

I am concerned in the direction we are taking as Canadians. It seems the scales have tipped. On one scale, high in the air, sits all the weight of government and corporations. On the other scale, hanging low, are the burnt ashes of tourism, parks, wetlands and so on. Can we not work together! What is the problem?

I understand there needs to be cuts. It is a tough world out there today with the challenged economy. But our parents taught us to look within ourselves first before pointing fingers. The Canadian Government shows no signs of cleaning up their own poor spending habits – instead they lay off people and point fingers at them. They act and spend like drunken sailors. They remember nothing. No matter the price (over priced jets, room upgrades, so called trade missions, etc) they, just like a drunk, pay the tab without ever looking at the bill. 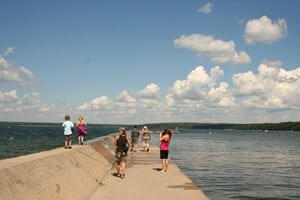 But why the cuts to our preservation of natural areas and adventure destinations? We have seen what happens when parks are neglected. They become unsafe. And… really… how good is an unsafe park to the travel industry. No good, that’s how good it is. Rivers, lakes, parks, forests and wildlife are not instantly replaceable. It is not like stocking shelves in a grocery store – replacing one can with another within seconds. It is not that easy. Once nature is gone it is gone for good.

Canada Parks is taking a big hit. Almost half of the layoffs on this round of cuts is coming out of Parks Canada? This is not including any provincial and municipal cuts to park staff.

On a national parks level, for example, Jasper National Park in the Rocky Mountains of Alberta is losing 1/8th of its park staff. And the north of Canada parks will be cutting 64 jobs. Each national park in Canada seems to be sliced and diced including 1/3rd of the jobs at Pukaskwa Park in Ontario. Overall it is said that 1700 – 2000 jobs in the parks system will be terminated across the country. And then there is the trickle down effect. 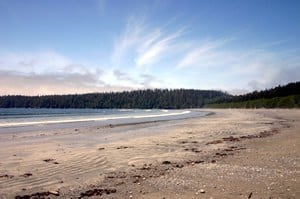 Beaches of the Pacific Rim National Park in BC

There will be shorter operating hours and seasons and less people for garbage pickup and grounds maintenance. The reduction in supervision and order may result in increased erosion of park landscapes, destruction of sensitive fauna and flora, danger to our sensitive wildlife breeding and feeding areas… not to mention wildlife populations. “The Canadian Parks and Wilderness Society fears the cuts will pose a threat to endangered wildlife and protected natural areas.” 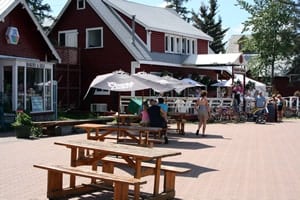 It is hard to say what the cuts will look like. In all likelihood, the smallest and most vulnerable tourism communities will be hit the hardest. The communities where tourism is an economic engine will take the brunt of the pain from these layoffs. Villages located within park boundaries will be most effected. Take for example a region like the Pacific Rim National Park in BC, the Waterton National Park in Alberta, Prince Albert National Park in Saskatchewan and the national park in Cape Breton, Nova Scotia. They are losing half their park staff and… get this… the national park and historic site takes up half of the island’s geography.

Parks Canada officials state that tourists will not see the impact of these layoffs. We will see about that and hope for the best.

Above the Snowline on Six Glaciers Trail