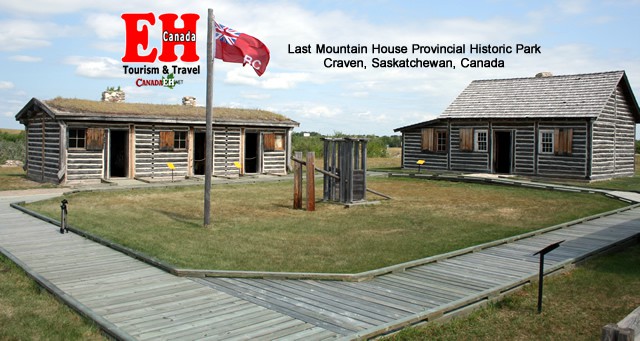 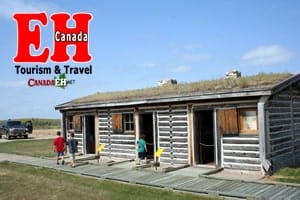 The historical sites of Saskatchewan, Canada documents the struggles of the First Nation people, the law of the NWMP (North West Mounted Police), the commercial operations of the Hudson`s Bay Company, the arrival of the European settlers and the adventures of the fur trade and the buffalo hunt.

Throughout the province of Saskatchewan there are many historical sites. Each is protected and most are easily accessed. Some historical attractions require a paid admission, some a donation and others are free of charge.

In many Saskatchewan communities and in some historic parks there are protected heritage buildings, churches and farming homesteads dating back to the late 1800s and early 1900s. The oldest building on record is the 1887 stone Victoria School in Saskatoon.

Many communities provide heritage walking tours or sightseeing bus tours for viewing the many heritage and historical sites. Some walking tours are self guided with information maps as your guide and others are tours with an interpretive guide dressed in period clothing.

Below we have listed some of the heritage & historical destinations located in the Northern Saskatchewan region. 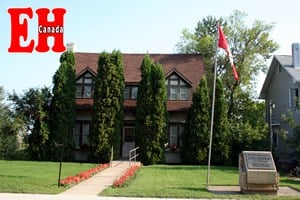 A historical site located in the community of Prince Albert, Saskatchewan is the Diefenbaker Home. It is the home of a once prominent Canadian Prime Minister. Located north of the community is the Prince Albert National Park and the site of Grey Owl’s Cabin. Grey Owl was an environmentalist for the protection of the beaver.

Below we have listed some of the heritage & historical destinations located in the Southern Saskatchewan region.

When visiting the City of Regina. Saskatchewan take some time to visit some of the local historical landmarks downtown and throughout the surrounding neighbourhoods like the 1883 RCMP Chapel, 1894 St. Paul`s Cathedral, 1907 Clock Tower, 1891 Government House and the 1919 North-West Territories Courthouse. 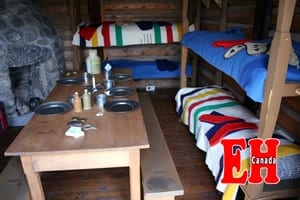 When visiting in Saskatoon, Saskatchewan one must visit the many heritage buildings including the 1885 Marr Residence, 1932 Bessborough Hotel, the 1912 St. Paul’s Cathedral, the 1914 Knox United Church, the 1912 St. John’s Cathedral and the Wanuskewin Interpretive Centre.

Saskatoon is surrounded by heritage sites and parks especially to the north of the community. Some of the sites include the resurrected Hudson Bay Company fur trading post in the Fort Carlton Provincial Park, the Batouche National Historic Site, the Fish Creek Battle Grounds and the South Branch House Fur Trading Post near Duck Lake.

The Battlefords are the birthplace of Saskatchewan history. There are many historic monuments, museums and attractions including the Fort Battleford National Historic Site and the the Chief Poundmaker Historical Centre.

In the Town of Battleford plan for a self guided walking tour and visit the 1885 First Nation grave site, the 1885 Colonel Otter Park, Telegraph Flats and some of the heritage homes dating back to 1885.

When in Swift Current, Saskatchewan explore the downtown streets visiting some of the various old heritage buildings including the 1903 Imperial Hotel. Or take a day trip south and visit the Fort Walsh National Historic Site, the Goodwin House, the Mennonite Heritage Village and/or the boyhood home of Wallace Stegner who was a Pulitzer Prize author.

Where ever history takes you Saskatchewan, Canada is a sopping gap on the trail. Visit us online at SaskatchewanEH.ca for all your travel and accommodation needs.

What We Did Not Know About Canada? Life before Tourism.

Why Canada should be on a History Lover’s Bucket List

About the Brothers Behind Canada EH Tourism
Scroll to top