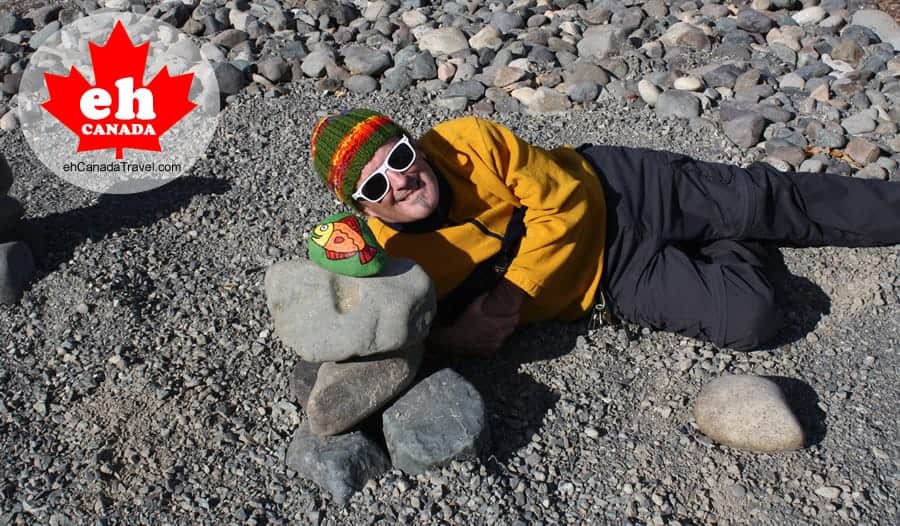 Things to do in Merritt BC Canada like… Hey, where’s my rock now?

Act fast as the the first painted rock from “Hey where’s my rock now” is hidden in Merritt BC Canada celebrating our cross Canada ehCanadaTravel.com Treasure Hunt.

“So… where in Merritt did we hide the rock you ask? Now that would be too easy.  But there is a hint in the video below.”

Yup, we did it! The hunt is on! There is something new in town when it comes to things to do in Merritt BC Canada. How fun does a treasure hunt sound! We are now “sort-of-kind-of” officially starting our ehCanadaTravel.com cross Canada Treasure Hunt promoting the arts.

We went out and hid our very first “Hey, where’s my rock now?” painted rock for travelers and locals to find and take home! We figured to at least put one of the five rocks in play before the snow falls. Here is what it looks like. There is a hint in the video below on its location. Can you find it? 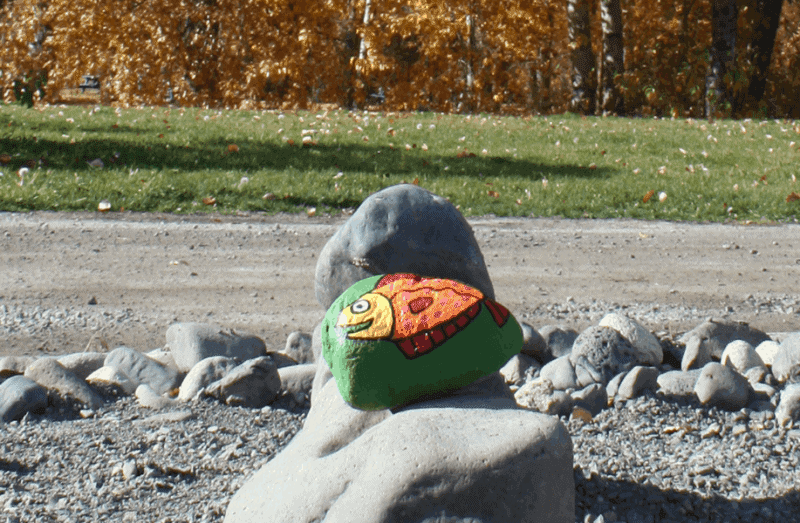 Come and find me. Watch video for hint.

“Hey, where’s my rock now?” is an art project currently held in Ucluelet, BC, Canada on Vancouver Island. A local artist paints these beautiful west coast images on rocks and then hides them throughout the Pacific Rim region for travelers to take home to their country and put on display. The artist asks that once they are back home they post the rock in its new home on their “Hey, where’s my rock now?” Facebook page. Here is link.

New things to do in Merritt BC Canada

Back to our eh Canada Travel treasure hunt. After our “eh scientists” conducted some in-depth research and intense diagnostics, our co founder went out and hid the very first painted rock in the community of Merritt, BC, Canada. It was no easy decision on where. Many late night board meetings later and we set out some guidelines to follow. It had to be outdoors (that’s a given) and it had to be fun while exploring our beautiful fall colors. Check mark! 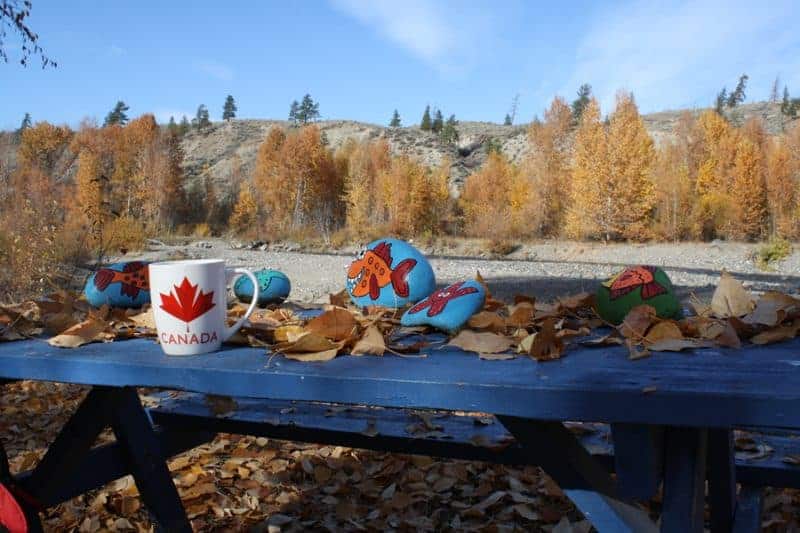 Why not, right? Something outdoors is always a good thing. We believe the more things to do in Merritt BC Canada the better.  In fact, the more unique and interesting art, adventure and/or tourism programs we all develop the better off our small communities in Canada would be.  Putting a spotlight on communities one idea at a time is a very good thing.

So… where in Merritt did we hide the rock you ask? Now that would be too easy.  But there is a hint in the video below.

What is with that face anyway?! Ugh!!

Hey where’s my rock now? We just fell in love with these funky cool rocks. So much so, we wanted to play so we contacted them. But there was a catch. We love catches! The artists were out of town at the time and could only get us rocks if they hid them and we picked them up on our way through. Sweet, another adventure. We are in!

When we were passing through Mother Nature wanted to make it even more interesting for us. So what did she do? She started pouring down buckets of rain on us. Torrents of water were forming creeks, where creeks should not be forming. The rain was coming down so hard… and we still had to find the rocks. Here is the video below of our initial search in the rain in case you missed it.

eh Treasure Hunt – Things To Do in Merritt BC Canada

The treasure hunt is on. We have hid the first art rock. You know what it looks like now. There is a hint in the video on its location. Now, all you have to do is find it. Good luck with that too. REMEMBER, when you find the rock please post it on the Hey, where’s my rock now? Facebook page. But it does not end there either because we want to play too. I know, high maintenance aren’t we.

When it comes to things to do in Merritt BC Canada – posting your rock on ehCanadaTravel.com  would make our day in a big way.  It is easy to do too. When you post the painted rock on your personal Facebook, Twitter and/or Instagram social media page please make an effort to tag us at @ehcanadatravel so we too can enjoy your moment of  glory. While you’re there throw in a hashtag for good measure – #ehroadtrip .

Things To Do In Merritt BC Like Finding A Rock

Visiting and Understanding Canada for Yankees

5 Things You Should Know About Taking A Canadian Road Trip

WIN 3 Adventures in 3 Days in Kaslo, BC
0 replies

Things to do in Merritt Canada