Why Canada should be on a History Lover’s Bucket List 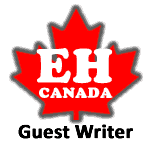 Many Canadian historians describe the country’s history as a story, one of challenges and achievements of great people. History lovers on vacation—the breed of tourist seeking more than entertainment and changes in scenery, who revel in learning the history of the places they visit—find the Canadian story captivating.

The national narrative includes the plight of the native peoples , European settlement, Canada’s birth and confederation and its growth alongside the United States, its military contributions in the great wars, and the important output of the great people this country has produced.

In museums and historic sites across the country, one can relive the challenges and vicariously celebrate the achievements, and learn firsthand about the individuals and key events that have shaped this relatively young nation.

A history-themed trip across Canada most naturally moves from East to West, as did European settlement. So without further ado:

The largest urban center in the Maritimes (the common name for the group of small eastern Canadian provinces) Halifax is a major port city and university town with a strong historical bent. It’s rich with culture and heritage (coming under British control in 1713) as one of Canada’s oldest communities. Several Halifax museums are worth a visit, including The Maritime Museum of the Atlantic, and the Halifax Natural History Museum.

The Halifax Waterfront and Province House

Strolling the Halifax waterfront, with its ships and marinas, makes for a relaxing afternoon. Visitors can explore the Canadian Museum of Immigration and browse local farmers, craftsmen and artists stands at the oldest continuously operating farmers market in North America, as well as watch the ships in the marina.

Uphill from Historic Properties is Province House, the 250-year-old seat of Nova Scotia’s government. This building is esteemed as one of Canada’s finest examples of Georgian architecture, and the birthplace of freedom of the press and responsible government in Canada.

The only fortified city in North America, Old Québec is renowned for European charm and well-preserved architectural treasures. With 400 years of history, it’s the birthplace of francophone society in North America, with too many museums and historic sites of note to list. A guided tour is recommended for visitors.

Constructed as a military fortification by the British in the mid-1800s, and once used as an internment camp for political prisoners, Fort Henry was carefully restored in the 1930s, and today acts as a museum and historic site.

Visitors walk through the wooden gates and step into the realm of 19th century military life, and experience guided tours, scenic views, heart-pounding musical performances and precision military reenactments and marches by the Fort Henry Guard, who were recruits trained as British soldiers from 1867.

Visitors also interact with staff representing the civilians who lived in the Fort as schoolteachers and soldiers’ wives (all in period costume, of course) and The Fort plays host to numerous special ceremonies and events, military and civilian.

The National Geographic Traveler Magazine called it one of the top Historic Destinations in Canada (number 52 in the world) and their report also states that Niagara-on-the-Lake, which played a vital role in the war of 1812, may be the most beautiful small city in Canada.

Niagara-on-the-lake served as the first capital of Ontario, and was the birthplace of the first anti-slavery legislation. It’s also home to the first library and newspaper in Upper Canada, and the oldest golf course in North America.

Visitors enjoy Niagara-on-the-Lake’s award-winning restaurants and tours through its wine country, and the quaint (but pricey) shops of Queen Street in the Heritage District. There are also many historic sites and museums spread through the town and surrounding areas.

Authentic artifacts in highly realistic settings fill the Royal BC Museum—visitors walk among mammoths and dinosaurs in their element, ‘board’ a replica of one of his Majesty’s war ships, walk the Old Town’s wooden sidewalks and rest their legs in an authentic heritage cinema, which shows turn-of-the-century film reels.

One can also explore native Canadian history and visit a ceremonial Big House, see an impressive collection of First Nations totem poles & masks, learn about BC’s coastal marine life via a Victoria-era ‘submarine’ and see live creatures in the aquarium.

But this is no theme park—the history lessons are in-depth and the air is academic, and there are guided tours, presentations and new exhibits every few months.

About the author: The travel bug bit Abby Clark when she was a teenager, and since then, she’s become a passionate traveler and travel writer. Abby currently writes for Best Quote Travel Insurance, a company which offers Super Visa insurance for travel.

Interview with Michelle Eady of Living on Life Blog 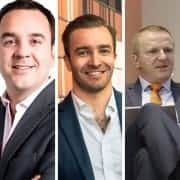