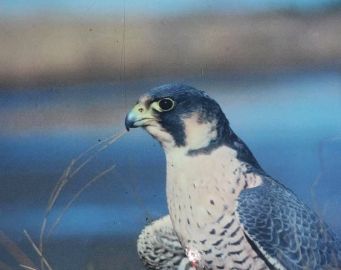 George C. Reifel Migratory Bird Sanctuary is part of an even bigger picture of protected wetlands, marshes and islands. The sanctuary neighbors other wildlife protected areas including the Alaksen National Wildlife Area and the South Arm Marshes Wildlife Management Area.

George C. Reifel Migratory Bird Sanctuary is considered one of the best birdwatching destinations in Canada for viewing resident and migratory birds. The wildlife estuary, not only protects feeding, resting and nesting grounds for birds, it also protects the ecological well being of fish and other wildlife.

The sanctuary engulfs most of Westham Island measuring over 300 hectares (850 acres) in size. The sanctuary includes many dykes (dikes) and many of them double as walking paths. The paths lead to many natural view points, a 10 metre high lookout tower, some bird blinds and a good selection of information signs and billboards.

The trail network connects to some services and amenities like a gift shop, a bird museum, a day use picnic area and washrooms. In total the George C. Reifel Migratory Bird Sanctuary includes over 7 kilometres of hiking trails.

The trails and dyke walkways and pathways follow crushed gravel paths and boardwalk. They are level trails, easy going and suitable for all fitness levels. A good number of trails are wheelchair and baby stroller friendly.

Throughout the George C. Reifel Migratory Bird Sanctuary there have been over 260+ different bird species sighted in the reserve. Both resident and migratory birds consider the reserve a top nesting, feeding and resting haven.

The birdwatching activities vary per season. Some birds are only viewed at certain times. The most talked about sighting is the white cloud of birds which take over the skies in the fall season - the Lesser Snow Geese.

During the fall months (September - November) over 30,000+ (as high as 80,000) Snow Geese arrive in the sanctuary from their Arctic breeding home on Wrangel Island (Russia). The last remaining geese leave, in and around, the months of May and April the following year. Peak viewing season is in September.

How To Get ToGeorge C. Reifel Migratory Bird Sanctuary

:
How to Get Here: The main entrance to George C. Reifel Migratory Bird Sanctuary is located on Westham Island.

From Ladner, BC travel southwest on 47a Avenue. Continue to travel west on 47a merging onto River Road. From River Road you will cross a bridge connecting to Westham Island and continue to the parking lot area.