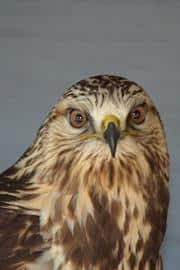 Burns Bog is the largest domed peat bog in the world measuring over 4, 000+ hectares. The peat bog (marshland, wetland) is a protected ecological reserve following the southern arm of the Fraser River located near the community of Delta, British Columbia, Canada and the Tsawwassen Ferry Terminal.

The large landmass was designated an ecological reserve so to protect the sensitive flora and fauna, as well as, the wildlife which frequent the Metro Vancouver  wetland area.

There have been over 140+ bird species and over 20+ mammals sighted in Burns Bog. Some of the mammals viewed while visiting the bog include bears, deer and beavers. Some of the bird sightings include loons, ducks, swans, eagles, owls, hawks, ravens, cranes and herons.

Burns Bog Delta Nature Reserve is a small piece of the reserve open to the public for hiking and birdwatching. The public eco reserve covers less than 2% of the entire bog ecosystem.

The Vancouver trail network consists of three routes. The largest pathway (Peat Moss Meander Trail) explores the deepest regions of the bog and it measures 1500 metres.

The Tractor Trail (530 metres) is a smaller loop trail which visits an old sunken tractor. The other small loop trail in the Burns Bog Delta Nature Reserve is the Skunk Cabbage Trail (400 metres). The two smaller trails connect to the Peat Moss Meander Trail.