8 Top Things To Do on Denman Island
Gulf Islands, BC, Canada

The Top 8 Things To Do on Denman Island, British Columbia, Canada located on the east coast of Vancouver Island in the Gulf Island B.C. Region. 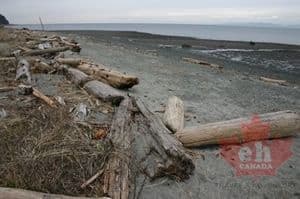 Kayaking. Kayaking in the region is very popular because of the many coves, bays, islands and islets to explore. Some of the Denman Island kayak destinations include Sandy Island Provincial Marine Park and Boyle Point Regional Park.

Scuba Diving. Diving is big in this region around Hornby and Denman Island. Some of the Denman diving sites most visited include the south end of Lambert Channel and the Sandy Island Marine Park. Flora Islet near Hornby Island is where the scuba divers head to swim with the six-gill sharks.

Boating & Sailing. Boating and sailing the waters around Denman Island includes views of jagged coastlines, bluffs and sandy beaches. There are a few destinations to visit near the island including Sandy Island and Chrome Island.

Beachcombing. No visit to Denman Island is complete without exploring the beaches. Some beaches are developed as parks while others are developed as access points to marine views. Fillongley Park has a good public beach. Plenty of beach around for picnics.

Hiking. There are a few good short hikes on the island. Boyle Point Provincial Park has a great trail leading to a bluff and great views of the sound and a lighthouse.

Ocean Fishing. Denman Island fishing is mostly for salmon and halibut. Good fishing destinations are said to be south of Denman Island out by Boyle Point Park.

Island Day Trips. Accommodations are available on Denman Island. So stay awhile and take some time to enjoy some sightseeing day trips visiting some of the other islands next door like Hornby and Vancouver Island.