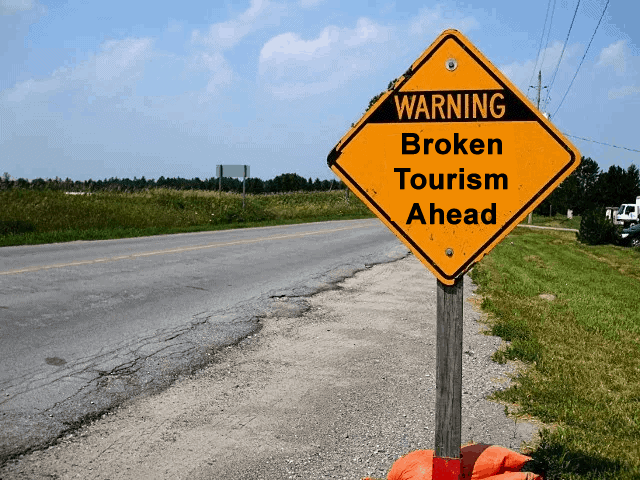 Self inflicted wounds are festering in some tourism communities across Canada

“It breaks my heart to see some communities suffer, as I love this country, the tourism industry and many in it, but something has to break soon as some communities are suffering a slow death.” 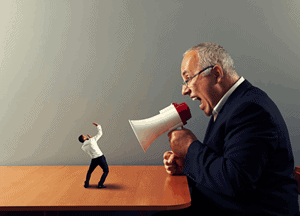 Community Tourism Does NOT Need Bullies They Need Guidance

Traveling Canada and researching over 550 tourism destinations has taught me many valuable insights into the successes and self destructive habits of community tourism stakeholders when it comes to growing their tourism market in their own regions.  Below I have narrowed it down to a list of 10 things which holds back tourism development. It was tough as I had over 30 different reasons. Enough for a book but too much for a blog post. My observations are based on my 20 years experience in the tourism industry meeting one-on-one with front line tourism operators and tourism groups. 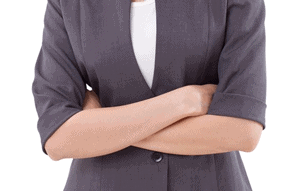 Attitude Can Be The Biggest Barrier to Tourism

I can count on one hand how many communities we have visited in Canada where the decision makers and vying tourism groups get along and work together with one goal in mind. Not many right. So why is this? Well… in many cases there are too many cooks in the kitchen and all think their recipe is the best. After frustration sets in, new tourism groups are formed because of the in-fighting by current groups. The new community tourism group believes this new group is the answer, when in many cases it just causes more friction. One community I came across with a population of 10000 had 5 different tourism groups. It seems too many groups operate out of self interest and not for the betterment of the community.  I have learned that some feel the success of others threatens their job security. While others just need constant praise and just do not like to share their piece of the pie.

I do not know where and when tourism marketing professionals decided that carbon copy community tourism is the key to success. In my circles I have come across many brilliant people with great ideas that would benefit one community over another. So why are they not heard? That is simple. The current groups believe they have all the right answers and do not need the help of others. But that is not the main issue. The main reason why is because independent tourism specialists are not part of the “cool kids” – the official tourism association which consider themselves the elites. The sad part of the story is that these elites, in many cases, have already had 5-10 years to implement a new and exciting tourism strategy. So why has nothing worked? In many cases it is because they copied someone else. Lets implement copy cat tourism. It worked in that community so it must work here. Wrong again!  Imagine if all soda pop tasted the same and looked the same because Coca Cola worked? There would be no root beer, sprite, orange crush, pepsi, etc. Success in communities comes about when they float around new ideas based on their inventory and, only then,  they create something special, better and a brand of their own. A strong tourism brand is never developed when a cookie-cutter version from a nearby community is duplicated.  No one gets excited about the same old story told over and over again by different people. Same story different tone does not generate a successful community tourism plan. 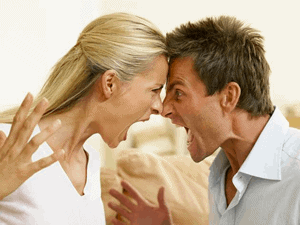 Nobody Wins When Communities Fight

In so many parts of the country there are 2 or 3 communities which are within 50 kilometres of each other who make their living from tourism. News alert…they do not like to share their tourists, nor educate the tourist on anything outside their city limits. Instead of promoting all there is to do in-between communities which would create longer stays and day trips from and to each of the communities, they tend to keep their cards close to their chests and focus inward. In one instance we went into a tourism info centre and asked about adventures and activities in a community 15 kilometres away. What we got was what was wrong with those adventures and that it would be a waste of time. Instead we got the local adventures which would be the equivalent in their eyes and we did not have to drive that whole 15 kilometres. We all know what a burden a beautiful short road trip can be on our nerves. Whatever!

We have come across numerous communities where the  stakeholders are so scared to piss people off. What they do not get is that a successful tourism campaign would see those pissed off people jump on their band wagon in a second. I do not care who you are, everyone wants to be part of a winning program.  What if it fails? You learn. So one program fails but the other 3 succeed, no big deal you still come out as a 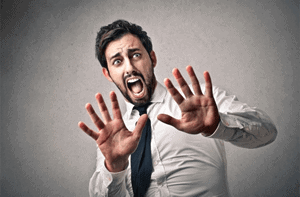 Change Is Not Scary But An Opportunity To Learn

winner. I often ask myself, why some tourism stakeholders have no backbone. I cannot get my head around that communities would rather continue to fail at their current levels, than take a chance and become a successful community tourism destination. Nothing great is ever achieved without some degree of failure first. Learn and move on.  I would rather partner up with a group who are willing to try than a group who sits back and hopes a miracle will drop into their laps.

Some communities we have researched do not know who they are so they try to be everything to all people. The end result is that they do not do anything very well. If community tourism focuses well on one adventure per season for 3 years it would develop a four season tourism industry. Each season would receive more media coverage and attract a higher volume of people who enjoy that adventure. Sounds like a far better result than drawing in a few people and not doing any adventure well.

Infighting between the old guard and new arrivals is a death wish to any community. In some communities the old guard who have retired, have already made their nest egg and paid off their mortgages see no need for change. They like it the way it is. Why would they want change? They have all their ducks in a row. Where the problem lies is with the younger generation with families who move into the community who need to make a living and pay bills.  This group does not win living in the status quo.  In one community we have watched as new businesses enter the community like a revolving door, but the long standing locals do not support the enterprise because it stands for change and so the new arrivals close up shop and they move on sharing their bad experience with anyone who will listen. Great marketing right. Not!

Every community has inventory. But because of living with blinders on for so long the community does not recognize the opportunity. Opportunity can be in the form of the infrastructure already in place being enjoyed by locals or it can be a new take on a new adventure.  If inventory is developed, packaged correctly and marketed effectively a successful plan is put in motion. One community who had a population of 300 during the winter was seeking a winter activity but all they had was lots of rain and storms. Most would look at this as a dead end street. What could they do? Nothing right? Wrong! They turned storms, rain, crashing waves and yellow rain jackets and boots into an attraction called storm watching. Now it is a million dollar industry from November to February. Brilliant!

Staffing the tourism industry is a big problem in some communities. It seems that the well skilled leave the community after graduation as the community has nothing to offer them and they have not developed a passion for anything during their formative years because their was no adventure in the community to be had. Young people generally will take up a summer and winter sport. To keep good skilled staff in the community requires young people to grow a connection with the community. If the youth have fun in the community and youth meet other liked minded adventure enthusiasts they will stay and/or return after their University education and become part of growing that adventure and a contributing member to that community. However, for some reason communities think staff will stay when the community offers them very little in lifestyle.

A reason that some communities have a difficult time in generating longer stays and extending community tourism seasons is because of a lack of education by the tourists. If a tourist does not know you have world class attractions and adventures why would they plan on staying longer? It is too late to educate them once they are here as they have their travel itinerary already in place. To increase average stays and seasons it is up to the community to educate the traveler while they are sitting behind their desks at home on the computer planning their itinerary. Educate them and they will stay longer because you offer them something they cannot pass up.

How Do Travelers Search Online?
Scroll to top