Branding Canada for the NEXT Generation of Travellers.

Winter and summer tourism in Canada is a conundrum. What we locals see and know about Canada is not what all the world sees and believes about Canada. 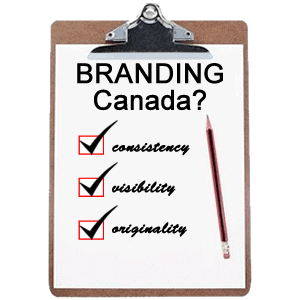 Our media and government-funded tourism experts brand our country in Canada so travelers believe our summers are only 1-2 months long and the rest of the year is all snow and cold. Repercussions – a poorly crafted international brand shows our summer tourism seasons are too short and our winter seasons are too long.

To set matters straight… our sunshine summer season can run from May to October (peaking in August) depending on which part of Canada you are visiting. And winter runs from November to March give or take. It is the in-between seasons which get lost.

We are a massive country west to east with a road distance of about 5,592 km (3,474 miles). The weather is not the same north-south to east-west. Seasons change differently in our country from coast to coast to coast.

During the winter season you can storm watch, golf and surf on the Pacific coast (west) of Canada and you can ski doo, crab and cross-country ski on the Atlantic coast (east).

So… because we brand our seasons poorly we create fall and spring tourism seasons with no identity. Why?

It goes something like this. Winter tourism does not usually start until late November so that leaves September and October in limbo. The winter season usually runs until late March, early April. So that leaves April, May, June in limbo. Five months with no real tourism brand. Almost half a year?

So perception of Canada puts us at 2 summers months and 10 winter months. No fall and no spring. This is sooo wrong and inaccurate.

So it is not unreasonable to think that because our government-funded tourism experts do such a great job at branding our country as cold that our winter seasons would be #1 in the world, right. This is not the case either. Why?

Our tourism bodies do not target our winter tourism season to the right target groups and to the countries who embrace winter. Plus, to complicate matters, they try way too hard to convince people who do not appreciate winter to visit Canada and take up a winter vacation instead of flying off to their cottage in Florida, Mexico or Hawaii.

This heat seeking group of winter nay-sayers is not convertible and we should stop wasting our time and money trying to convince them.

The solution provided by our government-funded tourism experts? “Show me the more money!” Sounds like a broken record. More money does not come close to explaining the poor branding and messaging issues of the country created from the last 15 years of having more than enough money. What happened?

Recently I was researching online the branding of Canada. As I researched more and more I found myself getting more and more disappointed because of the image references of our country.

The world needs to know the truth about our year round tourism seasons in Canada. We are not a one season country. We enjoy world-class winter and summer adventures and destinations.

During my research I came across an article written by Elite Daily for the “Generation Y” market in the U.S.A. “Generation Y” is the future traveler. It is important to note also that the United States is our biggest inbound tourism market. Yes, it is the same USA market which our government-funded tourism experts dropped funding for in favour of China. “Show me the more money!”

Wikipedia describes “Generation Y” like this, “The Millennial Generation, also known as Generation Y (teenagers of the day) is the demographic cohort following Generation X which they defined as different from Generation X. Commentators use beginning birth years from the early 1980s to the early 2000s.”

Here is the Elite Daily list of branding images of Canada by “Generation Y” Americans.

7. Hockey : The Toughest Sport to Play (their print)

8. Curling : The Dumbest Sport to Play (their print)

If Canada is always under a “Sh*t Ton of Snow” then why do we as a country not have a strong , industry leading ski mountain, dog sledding, cross-country skiing, snowmobiling and Northern Light brand?

So remind us again how our summer and winter tourism seasons could be longer and better?

Save your breath we already know … better branding and a clear, consistent message.

Hey, where is my rock now? – Things to do in Merritt BC Canada

How To Video – Set Up Business Profile 2.0

How to Create, Edit & Manage Your Ad Listing
0 replies