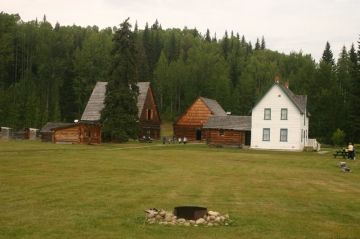 Huble Homestead Historic Site in Prince George, British Columbia, Canada is a step back in time to when trappers, miners and settlers worked and shared the land in the region. During the early-to-mid 1900s the settlement played an important role in the movement of goods and as a trading post. Today, the homestead is a popular historical destination in the Giscome Regional Park located north of Prince George, BC, Canada.

Established in 1989, the 54 acre park includes the Huble Homestead and the many pioneer buildings plus the Giscome Heritage Trail. A historic trail which starts just outside the entrance of the homestead and once served as the main transportation link used by pioneers and First Nation people connecting to the Summit Lake area.

In 1903 a pioneer named Al Huble from Ontario, Canada settled in Fort George. During his stay Al met a fellow trapper named Edward Seebach. Al with his new friend Ed set up traplines at the southern end of the Giscome Trail. Seeing the traffic along the route the partners saw an opportunity and built a trading post at the foot of the trail to serve the miners and trappers passing through.

In the winter of 1910/1911 Al Huble met Anne May Hart. His first trip in five years away from the homestead. Al took little time to propose. The story goes Al proposed to Anne on News Year Day when the sled they were riding over turned. Together they raised 4 daughters and 3 sons on the Huble Homestead.

When Al returned with his bride he set out on his biggest project - the family home. Built from logs on the property the two story Huble House included a four bedrooms, a kitchen, a parlor, a cellar, a dining room and a view office for Al Huble so he could see travelers coming and going from the road and river.

As years pass Al, Anne and Ed would build a homestead around the trading post to accommodate the growth of their business. At the peak of business Al Huble and Edward Seebach provided guiding, surveying, freighting and fur trading services.

In 1919 everything came to a halt as a road connecting to Summit Lake reduced the foot traffic on the trail eventually forcing Ed and his family to sell in 1929 and move to Prince George. After the Hubles left the new owners transformed the settlement into WM Ranch providing wilderness tours for tourists.

The many buildings, artifacts and signs at the Huble Homestead provide the stories and facts detailing the lives of the early pioneers that settled in the region. On site there is the Salmon Valley Post Office once run by Stearns and Gertrude Maude McNeill from 1924-43. There is a Welcome Barn built in 1915 which once housed the tools for Al Huble's freighting and agricultural business. The Large Barn reconstructed in 1972 (original built in 1915) is home to the livestock on the farm presently.

There is so much to see and learn onsite. Too much to list here. But to give you an idea of how much there is to see at the Huble Homestead here is a list of some of the other buildings onsite - a storage cache, chicken house, outhouses, a root cellar, craft cabin, a flat roof cabin, implement shed, warehouse, blacksmith shop and the Seebach and Huble General Store.

On the property there are some picnic tables, outhouses and a General Store. Admission is from donation so please be kind as it takes a lot of people and effort to maintain the heritage site.

How To Get ToHuble Homestead Historic Site

:
How to Get Here: Travel north of Prince George BC along Hwy 97 (John Hart Highway) for 40 Kilometres. Look for Huble Homestead turn off on Mitchell Road. Take turn off and travel 6 km to the Huble Homestead. Right before the entrance to the homestead is the Giscome Trail. 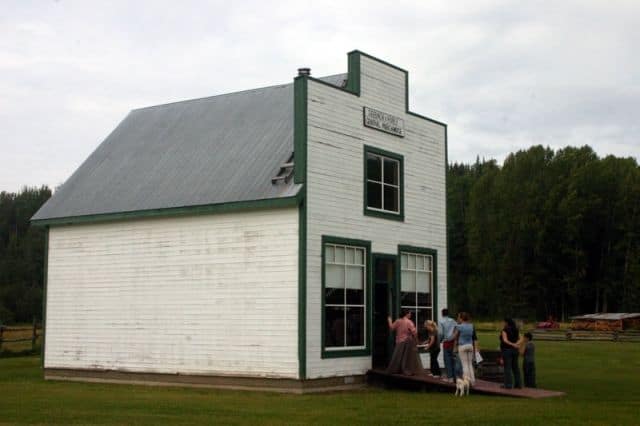 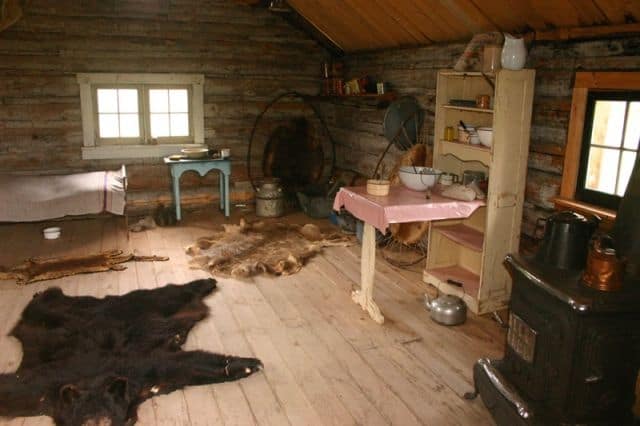 huble_homestead_inside_settler_cabin_002
PreviousNext
No reviews yet for Huble Homestead Historic Site.