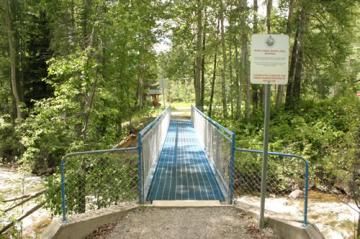 Kimberley Nature Park is one of the largest multi-use municipal parks in Canada that falls within the city limits of a community. The large 800 hectare (1800 acres) nature park is located in the community Kimberley, BC in the Kootenay region of British Columbia, Canada.

It is a very popular park full of recreation trails and elevation gains and losses. The nature park starts from an elevation of 975 metres along the shores of St. Mary Lake to a high of 1600 metres on the slopes of Northstar Mountain.

During the summer months, the trails in the Kimberley Nature Park are popular for hiking, mountain biking, dog walking, jogging, birdwatching and sightseeing. During the winter, after the snow has fallen, the trails become snowshoeing and cross country ski routes.

The nature park consists of a large network of man-made trails, spur roads and gravel access roads once used by the logging and mining industries. The recreation trails crisscross, loop and connect providing an opportunity to visit many different eco systems.

Today, there are over 100 kilometres of multi-use trails exploring forested hillsides, leading to small ponds, flowering meadows and mountain viewpoints. Trails range from 2 kilometres to 25 kilometres depending on the routes taken and starting points.

Wildlife also live and thrive in the Kimberley Nature Park. Most noticeably songbirds. They dominate the air waves in the park. There has also been sightings of Black Bear and moose in the park.

Some of the hiking and biking routes in the park include the Trapline, Spruce, Centennial, Rockslide, Shannon, Elmer Lake, Duck Pond and Dipper Lake Trails. The trail network in the park is extensive so it is advisable that all new adventurers purchase a trail map when venturing into the Kimberley Nature Park.

How To Get ToKimberley Nature Park

:
How to Get Here: Travel to the west side of the community of Kimberley, BC, Canada. Once in the community the park has 5 official trailheads. There is a trailhead located at the Kimberley Nordic Ski Area and Kimberley Riverside Campground. Trailheads are on Swan Avenue and Higgins Street in Kimberley. And at the Jimmy Russel Road pullout located on St Mary Road near Marysville. 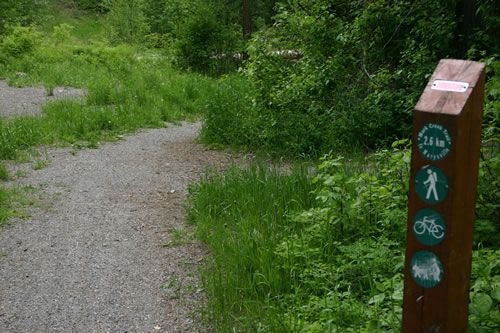 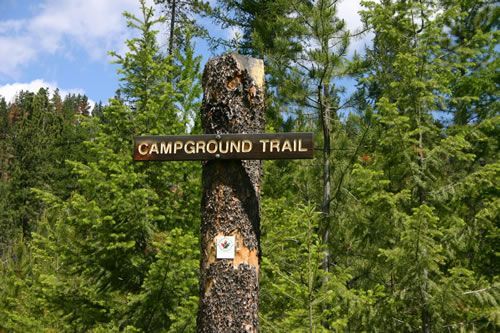 nature-park-trail-sign
PreviousNext
No reviews yet for Kimberley Nature Park.