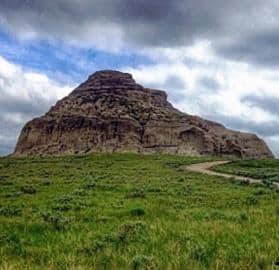 The Big Muddy Badlands near Bengough is part of an area of badlands that stretch from northern Montana to southern Saskatchewan.  Castle Butte, an impressive clay and sandstone formation, is over 230 feet high and half a kilometer in circumference.  Its sandstone cliffs stands out majestically from the surrounding rolling hills and valleys. Formed by glacial meltwater runoff from the last ice age, it dominants the landscape.

Not far from Castle Butte are the infamous outlaw caves, which was the hideout of the likes of Sam Kelly and the Butch Cassidy.  Set up as Station #1 on the Outlaw Trail, the Big Muddy area was the northernmost point on the trail set up to allow safe passage of outlaws from Mexico to Canada.

The caves held not only outlaws, but separate areas for their stolen horses!  If you want to see the caves and Castle Butte, tours are available from the town of Coronach in the summer months.  Private tours are even available.  A number of tour options are available, include visiting the only known buffalo effigy in Canada, a turtle effigy, a heritage school house, as well as other local attractions.  Its a great time!  See the web page of the town of coronach for more inforation on their tours at  townofcoronach.com

How To Get ToBig Muddy Badlands

:
How to Get Here: A half hour or so south of Bengough Saskatchewan on Highway 34. 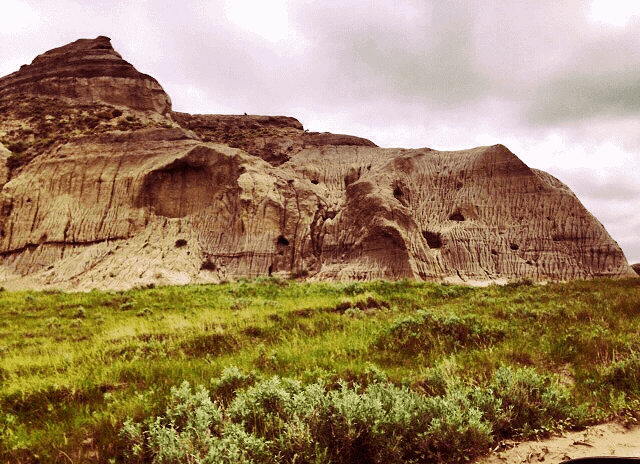