Urban birding in the Prairies

Birding Hotspots in Winnipeg Manitoba - Manitoba can be a highly rewarding and truly amazing birding experience. While many of us don't necessarily think of cities as great places for watching birds, urban environments can harbour a wide range of easily accessible habitats that offer fantastic bird watching opportunities. Very little essential gear for birdwatching is necessary to get started, and access to urban parks and trails is often free. As we walk across Canada on the Trans Canada Trail, some of the best urban birding we've found has been in Winnipeg, Manitoba. The Red, Assiniboine, and Seine Rivers flow through the heart of Manitoba's capital city, bordered by treed riparian parks that support diverse communities of birds, and offer great opportunities for birding, walking, jogging, cycling, picnicking, and experiencing the benefits of spending time in nature. Here are five of our favourite places for urban birding along the Trans Canada Trail in Winnipeg.

"Everyone likes birds. What wild creature is more accessible to our eyes and ears, as close to us and everyone in the world, as universal as a bird?"
David Attenborough 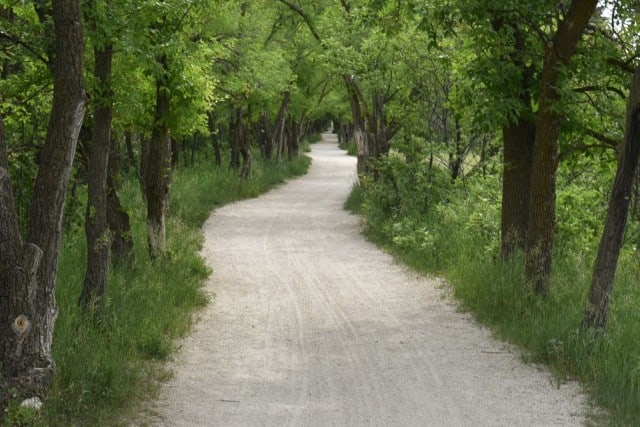 Birding Hotspots in Winnipeg Manitoba on the Trans Canada Trail 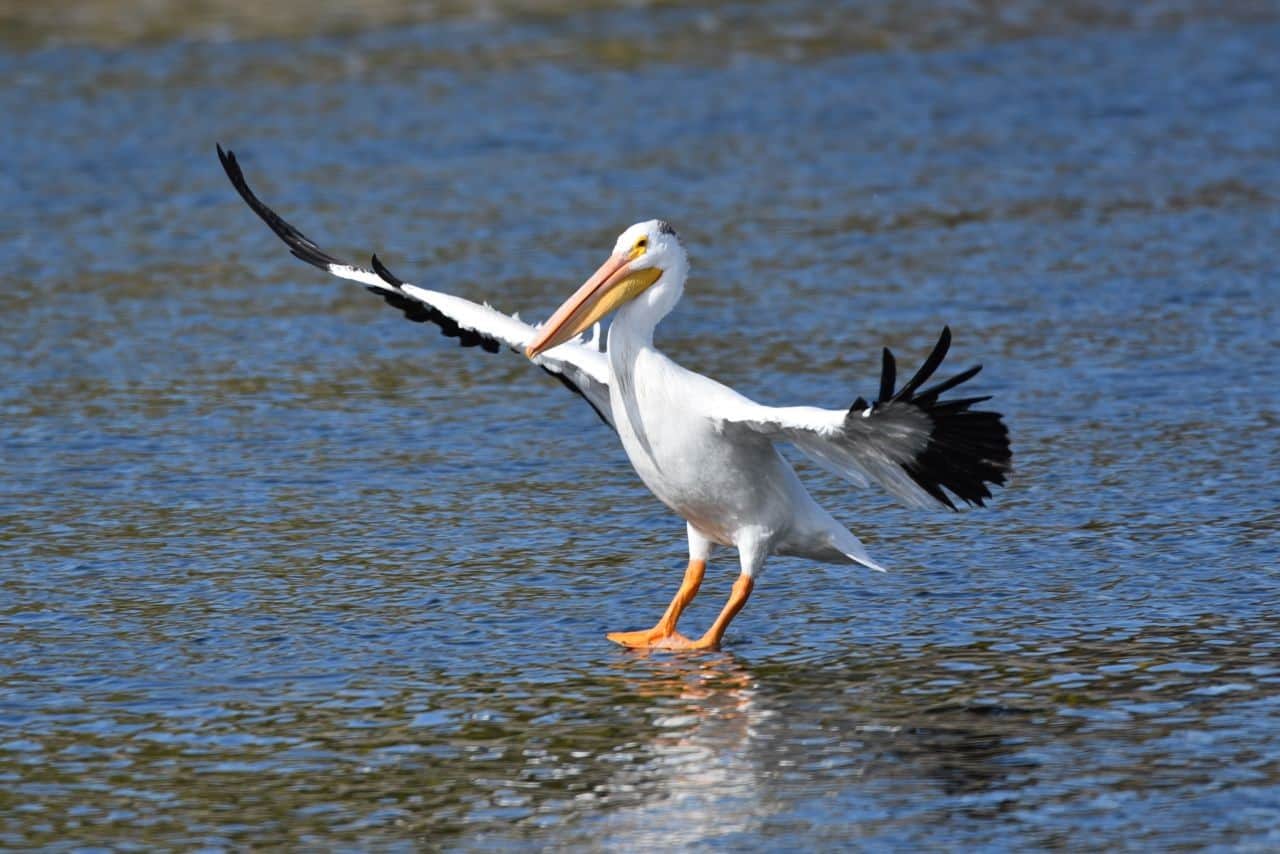 King's Park is a 2.8 hectare park located in southern Winnipeg along the shores of the meandering Red River. In summer, visitors can walk, jog, or cycle its winding pathways, explore the Carol Shields Memorial Labyrinth, cross a beautiful wooden bridge onto a small island to visit a stunning Chinese pagoda, relax near a peaceful waterfall, or get active on some of its many athletic fields. Best of all, over 207 species of birds have been reported in King's Park on eBird. Pileated Woodpeckers, Black-billed Magpies, and Black-capped Chickadees are year-round residents, while Ovenbirds, Chestnut-sided Warblers, and Ruby-crowned Kinglets can be spotted during the summer months. In addition, a host of songbirds and water fowl can be seen during spring and fall migration, including Palm Warblers, Cape May Warblers, and Blue-headed Vireos, making this a great place for urban birding Winnipeg.

Kildonan Park Is A Birding Destination 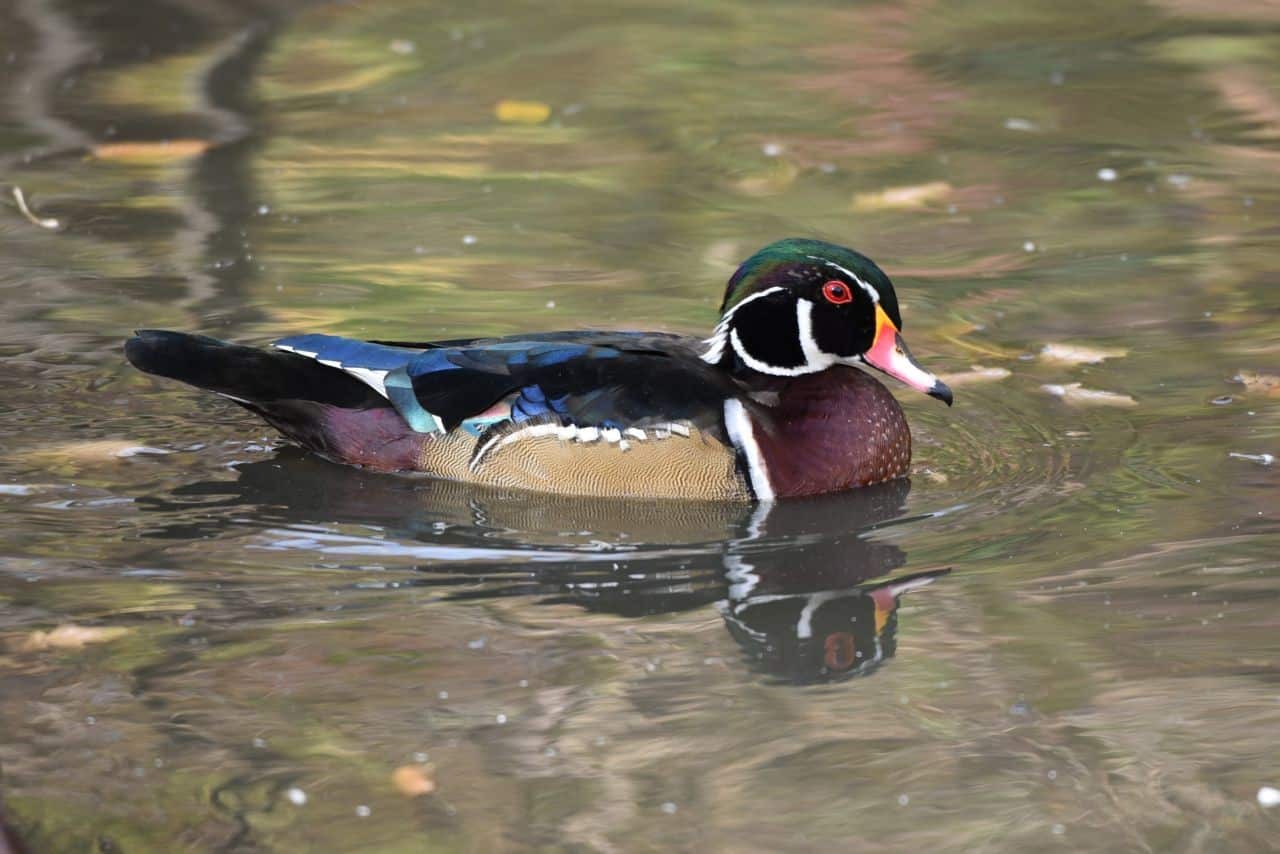 Kildonan Park is a 39 hectare urban green space, one of many birding hotspots in Winnipeg, located in northwestern Winnipeg that features 2.7 km of forested pathways and paved cycling routes, numerous play structures for children, a Witch's Hut, the Rainbow Stage open-air theater, the Peguis Pavilion, the Prairie's Edge Restaurant which offers views over the duck pond, a series of athletic fields, and much more. The mature forests, shrubs, landscaped grounds, and waterways of Kildonan Park support over 218 species of birds. Among the highlights are colourful songbirds like Bohemian Waxwings, Blackpoll Warblers, and Palm Warblers. In addition, impressive water birds such as Buffleheads, Ruddy Ducks, and Horned Grebes can be found, as well as an army of sparrows, including Harris's, Fox's, and Clay-coloured Sparrows. The diversity of species in this charming riverside park make it a great place for birding along the Trans Canada Trail in Winnipeg. 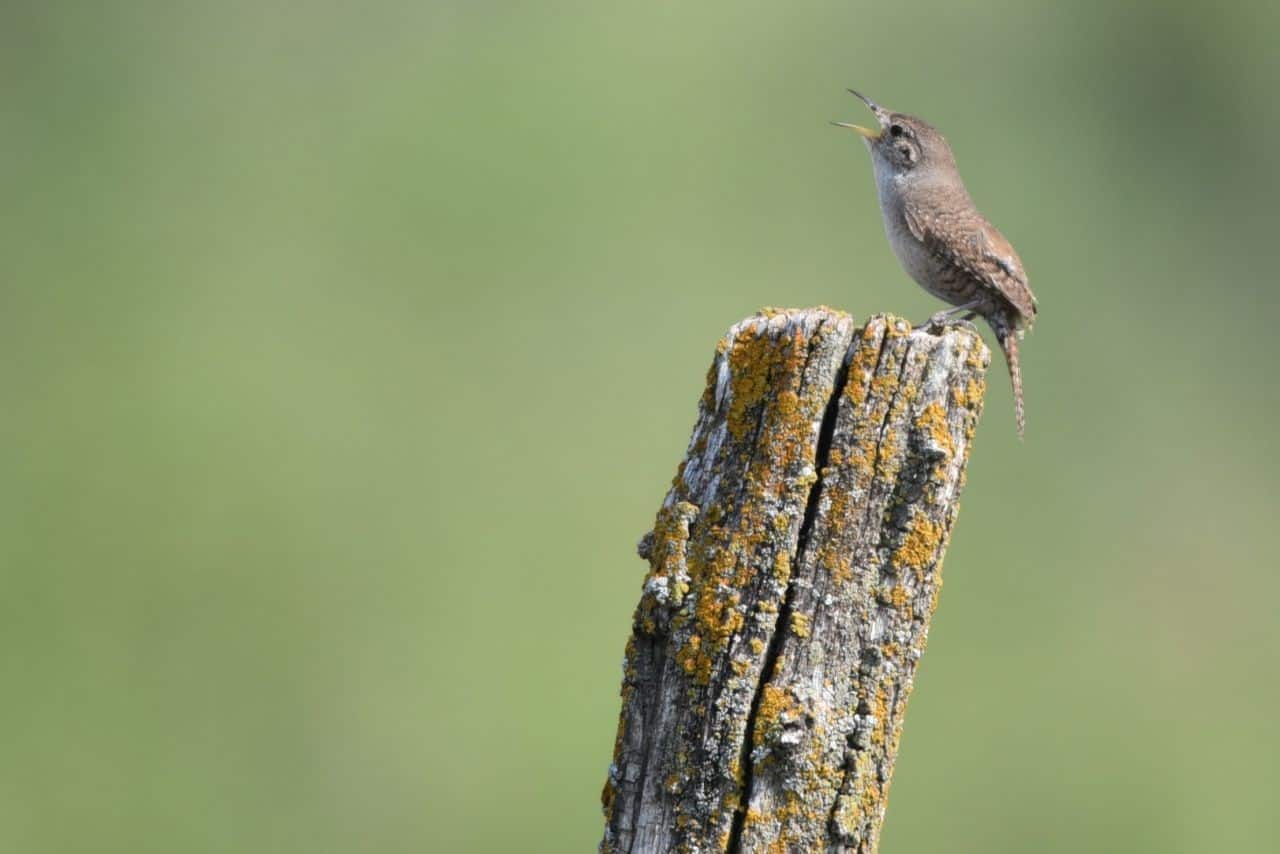 Over 233 species have been reported in this large and varied park including shorebirds such as Hudsonian Godwits, Semipalmated Plovers, and Willets. In addition, numerous brightly coloured songbirds like Blackburnian Warblers, Golden-winged Warblers, and Indigo Buntings have been spotted in spring, while Eastern Screech Owls, White-winged Crossbills, and Hoary Redpolls have been seen in winter. Special habitats have even been created for birds, such as chimney structures for Chimney Swifts, making it one of our favourite places to birding along the Trans Canada Trail in Winnipeg. 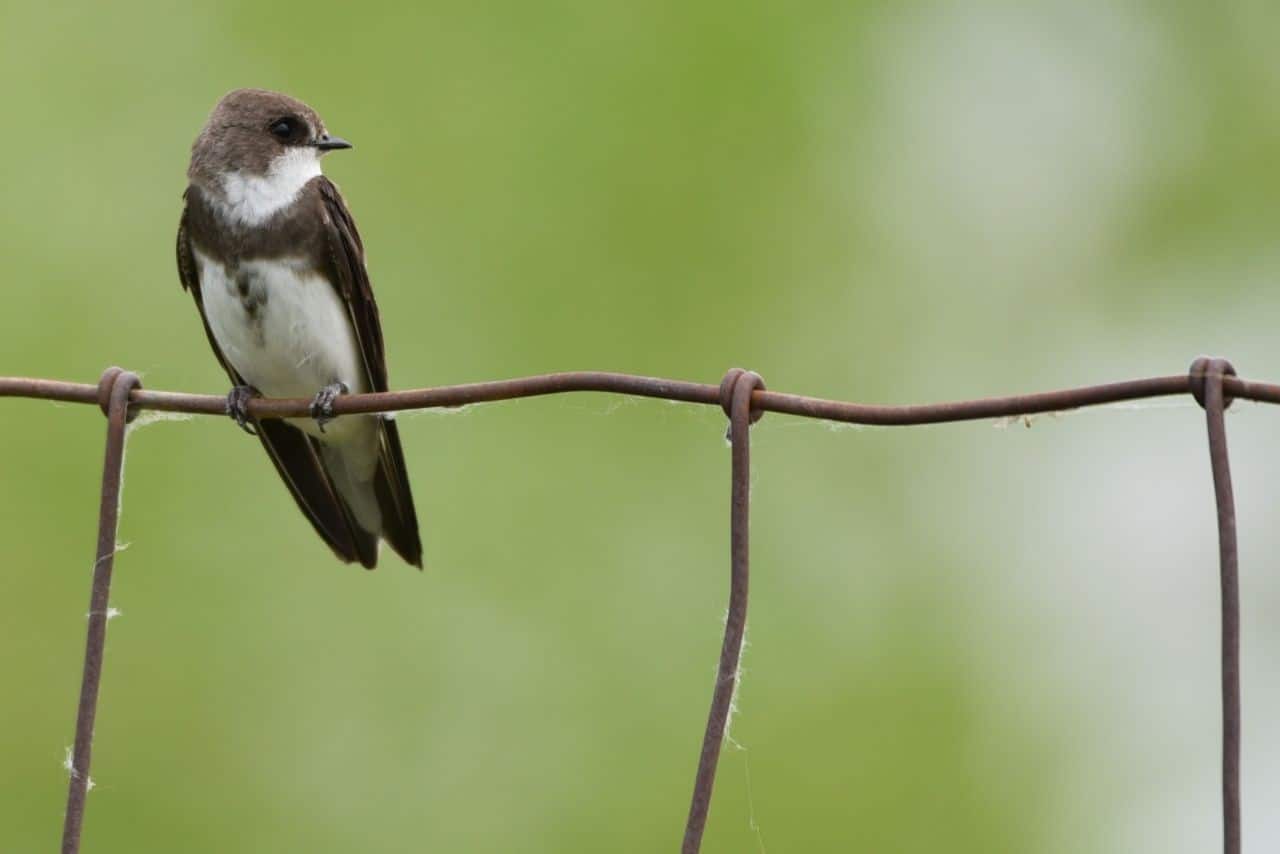 FortWhyte Alive is located in western Winnipeg, and includes a mix of grasslands, forest, and aquatic habitats. Restoration and wildlife conservation efforts have been underway at FortWhyte Alive since the 1950's, and it now features the Alloway Reception Center and a winding trail system which offers abundant birding opportunities. Over 240 species have been reported in this urban green space. In spring and summer it is possible to spot American White Pelicans, Great Egrets, and Black-crowned Night Herons in the small ponds and wetlands. In addition, White-breasted Nuthatches, Hairy Woodpeckers, and Black-capped Chickadees can also be seen year around, while Gray Catbirds, Baltimore Orioles, and Yellow Blackbirds can be spotted during the summer. Furthermore, American Redstarts, White-crowned Sparrows, and Dark-eyed Juncos can be spotted during migration. During any season this is a fantastic place for urban bird watching in Winnipeg. 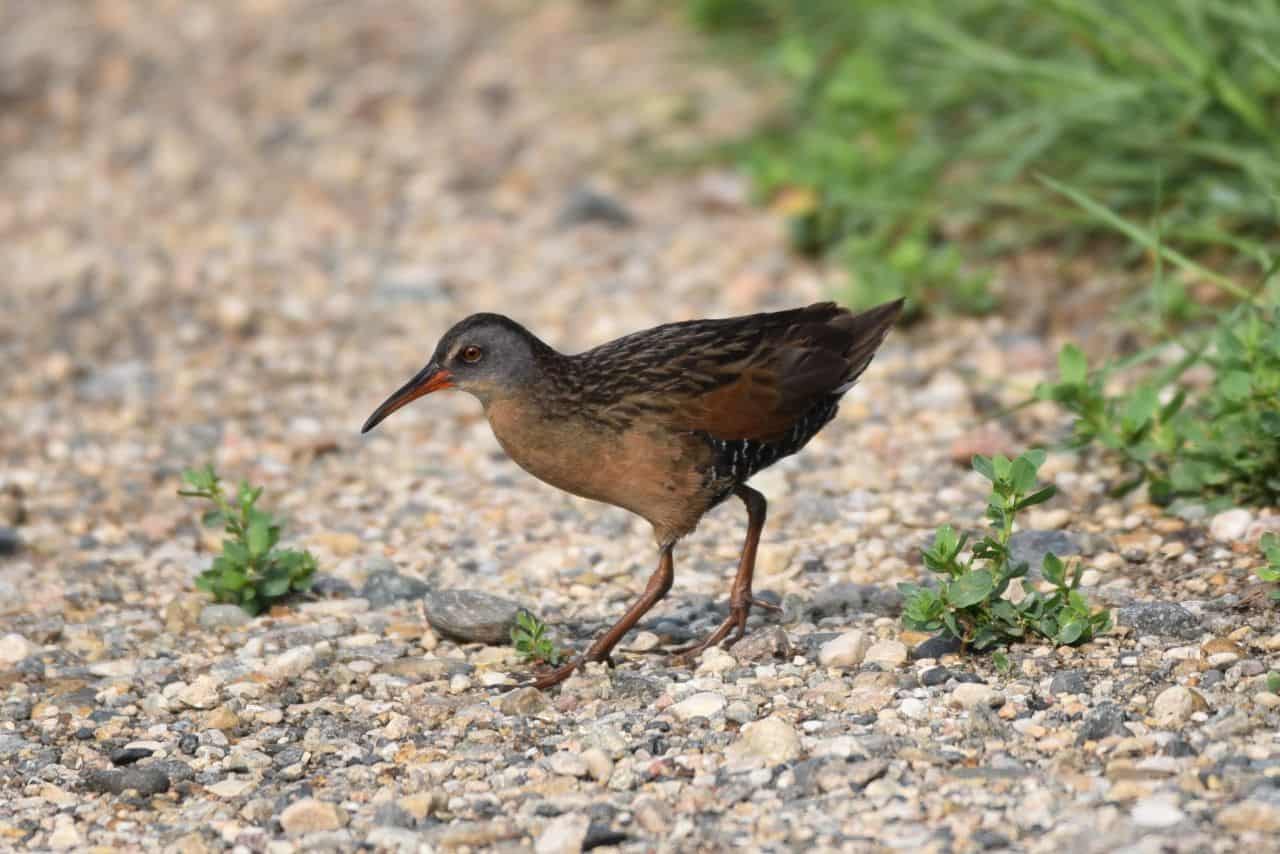 Birds Hill Provincial Park is a 3,900 hectare park located just east of Winnipeg that features hills and ridges formed by ancient glaciers, oak and aspen forests, cedar bogs, wetlands, a lake with sandy beaches, and tall-grass prairies where beautiful wildflowers and rare orchids grow. The green space is crisscrossed with 30 km of trails for bird watching, walking, hiking, cross-country skiing, and bicycling. Popular activities in Birds Hill Provincial Park include camping, swimming, picnicking, fishing, horseback riding, or dining on farm-fresh produce at the Pineridge Hollow Restaurant. Over 230 bird species have been reported in this urban birding oasis. Broad-winged, Swainson, and Rough-legged Hawks can be seen soaring overhead. In addition, Franklin's Gulls, Bonaparte's Gulls, and Forster's Terns can be spotted near the lake. Meanwhile, the sweet songs of Rose-breasted Grosbeaks, Northern Waterthrush, and Nashville Warblers can be heard throughout. Whether visiting for an afternoon walk or a family camping trip, Birds Hill Provincial Park offers great birding in Winnipeg.

In addition to these fantastic spots to enjoy urban birding along the Trans Canada Trail in Winnipeg, there are many other bird watching opportunities throughout the city was well. For example, Chimney Swifts can be seen in many of Winnipeg's older neighborhoods at dawn and dusk. It's even possible to watch vicariously on the Peregrine Falcon Recovery Project's NestCams as Peregrine Falcon chicks are reared in some of the nests on the 'artificial cliffs' of Winnipeg's skyscrapers. Moreover, Winnipeg is where the historic Crow Wing Trail begins, which also features incredible bird watching and wildlife view possibilities. These are just a few of the many reasons we love urban birding along the Trans Canada Trail in Winnipeg!

"One reason that birds matter - ought to matter - is that they are our last, best connection to a natural world that is otherwise receding. They're the most vivid and widespread representatives of the Earth as it was before people arrived on it."

The Great Wall of Saskatchewan Canada

Very comprehensive, and love the photos!

I've been to Bird's Hill Provincial Park. Thanks for a great article. I especially liked how you listed some of the many birds I might see at each location.

1 Cancel Reply
I've been to Bird's Hill Provincial Park. Thanks for a great article. I especially liked how you listed some of the many birds I might see at each location.
Cancel Update Comment

Bird's Hill Park is one of my favourite places to go birding in Manitoba, but Winnipeg itself has a surprising number of really great places for bird watching!

0 Cancel Reply
Bird's Hill Park is one of my favourite places to go birding in Manitoba, but Winnipeg itself has a surprising number of really great places for bird watching!
Cancel Update Comment
First Page Previous Page 1 Next Page Last Page