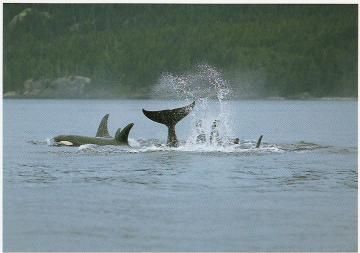 The Broughton Archipelago is one of the most beautiful, remote and untouched boating, sailing and kayaking destinations in and around the northern end of Vancouver Island and the mainland of British Columbia (BC), Canada. It is not as well known as other boating destinations, like the Broken Islands, Desolation Sound and Discovery Passage. However, it provides unparalleled scenery, history and challenges.

You see, the  Broughton Archipelago is a large group of maze-like islands, numbering in the hundreds, creating a marine ecosystem consisting of an unlimited collection of inlets, coves, islets, beaches and bays. For those who venture to the archipelago it never seems to disappoint those who enjoy activities like wildlife watching, scuba diving, boating, sailing, ocean kayaking and photography.

The scenery in the archipelago is spell binding. Depending on your route there are thundering waterfalls, rocky passages, narrow canyons and towering cliffs. Every route into the archipelago is, almost, guaranteed to provide some good wildlife viewing opportunities. Some of the wildlife viewed include Black Bears, Sea Lions, Grizzlies, Bald Eagles and Whales.

The Mamaliliculla First Nations people speak "Kwakwa". In "Kwakwa", their native tongue, the island is called the " Village of the Last Potlach". A reference to the time when the traditional potlach celebrations were banned by our governments (just one of many bad decisions made by our Governemnts back then). Visitors to the island, respectfully, can also enjoy the opportunity to view some of the oldest Totem Poles in the archipelago. Sometimes, depending on the company, the story behind the totems is told as well.

Echo Bay is a mooring and stopping point when exploring the archipelago as one can refuel and resupply. Echo Bay is another one of those destinations which arouses your curiosity as well. Not only is Echo Bay historic, it is unique. When approaching Echo Bay the first thing you will notice are the buildings. They are floating off the shores of Gilford Island. The historic buildings in Echo Bay include a one-room school house, a museum and an art gallery. One of the more visited attractions in Echo Bay is Billy Proctor's Museum.

Throughout the Broughton Archipelago their are many tricky passages and unpredictable winds and currents. Tribune Channel is one of the passages where the currents can get tricky. The channel takes you into the southern watershed of Bond Sound - Grizzly country. On your visit exploring the canyons of Tribune Channel make sure to scan the cliff walls for some of the ancient pictographs left behind by the first settlers of BC - the First Nation people.