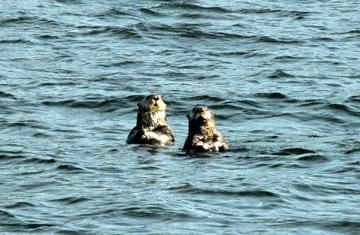 Nootka Sound is a recreation playground for marine enthusiasts who enjoy boating, canoeing, fishing, ocean kayaking and wildlife watching. Nootka Sound is home to great blue oceans, many species of wildlife and First Nation history.  The main island located in the sound is Nootka Island. The First Nation village of Kyuquot (also referred to as Friendly Cove) is the main community on the Island.

Friendly Cove is the receiving and departure point for all transportation to the island. The only access to the island is via a boat, floatplane or kayak. In nearby Gold River and Tahsis on Vancouver Island there are boat and floatplane charters which cater to transporting visitors to Kyuquot (Friendly Cove) on Nootka Island.

In 1770 the British, Spanish and American fur traders first arrived on the west coast of Canada. The Spanish visited the coastline but never set foot on shore. It was not until 1778 that Captain Cook came ashore and claimed the land under England's flag. It was then that Captain Cook and Chief Maquinna had their famous first encounter between Europeans and the First Nations.

The Canadian Government declared Friendly Cove a National Historic Site in 1923. Since 1996 the island celebrates the 1778 meeting of Chief Maquinna and Captain Cook every August to pay tribute to the importance of this historic meeting. History is everywhere in the sound. There is a monument celebrating Captain Cook and Chief Maquinna that was erected in 1903 on the exact same spot as an old Spanish Fort. The Nootka Lighthouse on Rafael Island has guarded the coastlines of Nootka Sound since 1911.

How To Get ToNootka Sound

:
How to Get Here: Kyuquot, is located on the south tip of Nootka Island in Nootka Sound. There is moorage at Friendly Cove for a fee. Transportation to the island is best via boat, float plane or kayak from Gold River or Tahsis on Vancouver Island.

nootkaseaotters
PreviousNext
No reviews yet for Nootka Sound.