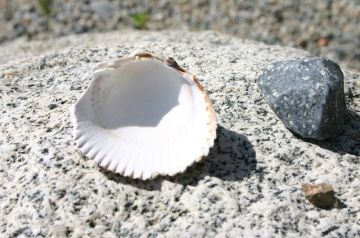 Detailed Description: Smelt Bay Provincial Park is located on Cortes Island, BC which is part of the Discovery Islands Group on the central west coast of British Columbia, Canada. The oceanfront park is a popular sightseeing adventure destination on the island established in 1973 to protect the Coast Salish First Nation history.

The 16 hectare Smelt Bay Provincial Park is named after a large population of capelin fish which spawn in the bay every year. The small fish attract many other species of wildlife to the park to feed making it a prime marine wildlife sightseeing destination. The natural feeding cycle attracts many animals to the park like seals, otters, sea lions, eagles, blue herons, oyster catchers, herons, sea gulls and salmon.

A long beautiful sandy beach, a campground and large day use area are the highlights in the Smelt Bay Park. The beach encompasses the entire bay extending all the way to Sutil Point. A popular beach destination for beachcombing.

While exploring the park keep an eye out for the large mounds of earth - many fronting the ocean. All of them over grown and covered up by nature over the years. Each mound is said to be built by the early Coast Salish First Nation people for protection against war-ing tribes.

Some of the more popular activities and adventures enjoyed in the Smelt Bay Provincial Park include camping, canoeing, ocean kayaking, fishing, hiking, picnicking and beachcombing. For water sports there is a gravel boat launch located on the northwest end of park. It is accessible at high tides and is best used for small boats only.

A hiking trail in the park is a nice way to sightsee and explore the old growth cedar forest. The trail begins across the road from Healing Waters.