Park and Trails in Langley BC Canada

The Derek Doubleday Arboretum is a park that deserves a second look, and a third. At first glance it is a lovely little community park not far from downtown Langley BC. It has an easy one kilometer walking loop. When walking and chatting with a friend, we often go around the park two or three times.  There are a generous number of wooden chairs and benches to sit and watch the joggers speed past, if you prefer a more relaxed pace. As well as joggers, one will likely encounter dog walkers and spontaneous conversations can occur. After all, this is a neighborhood park. 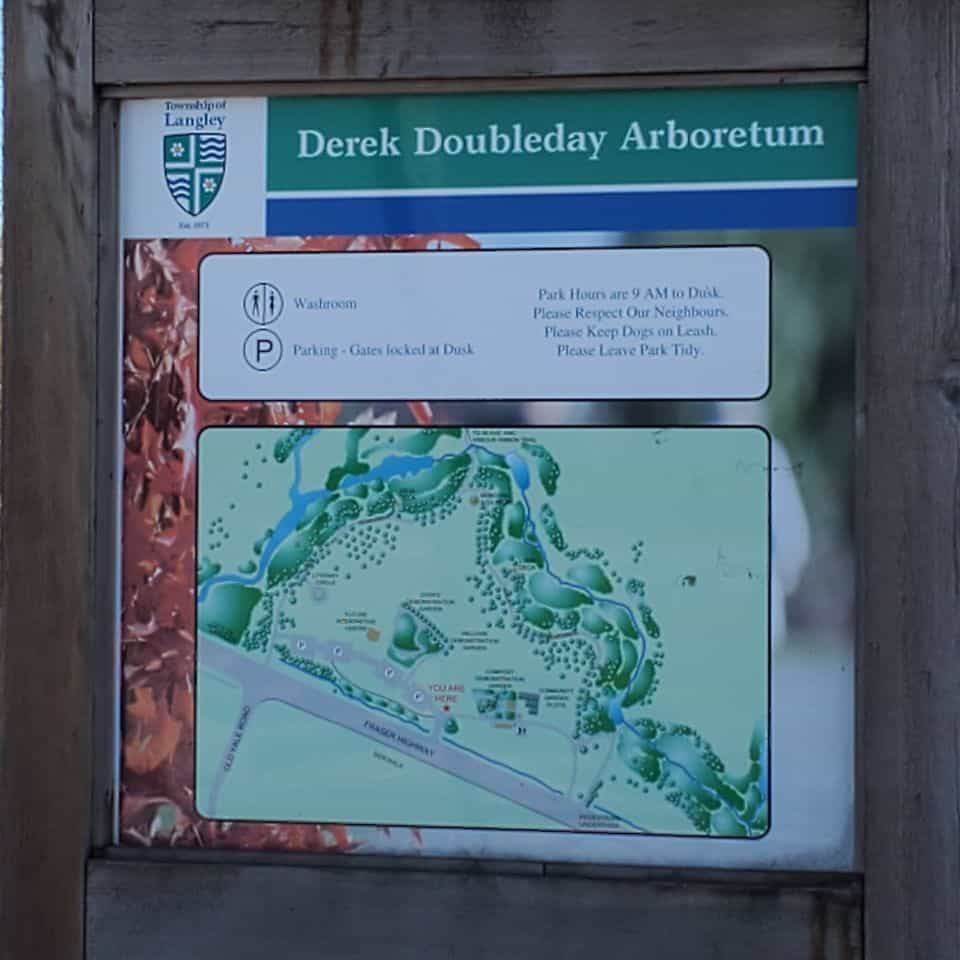 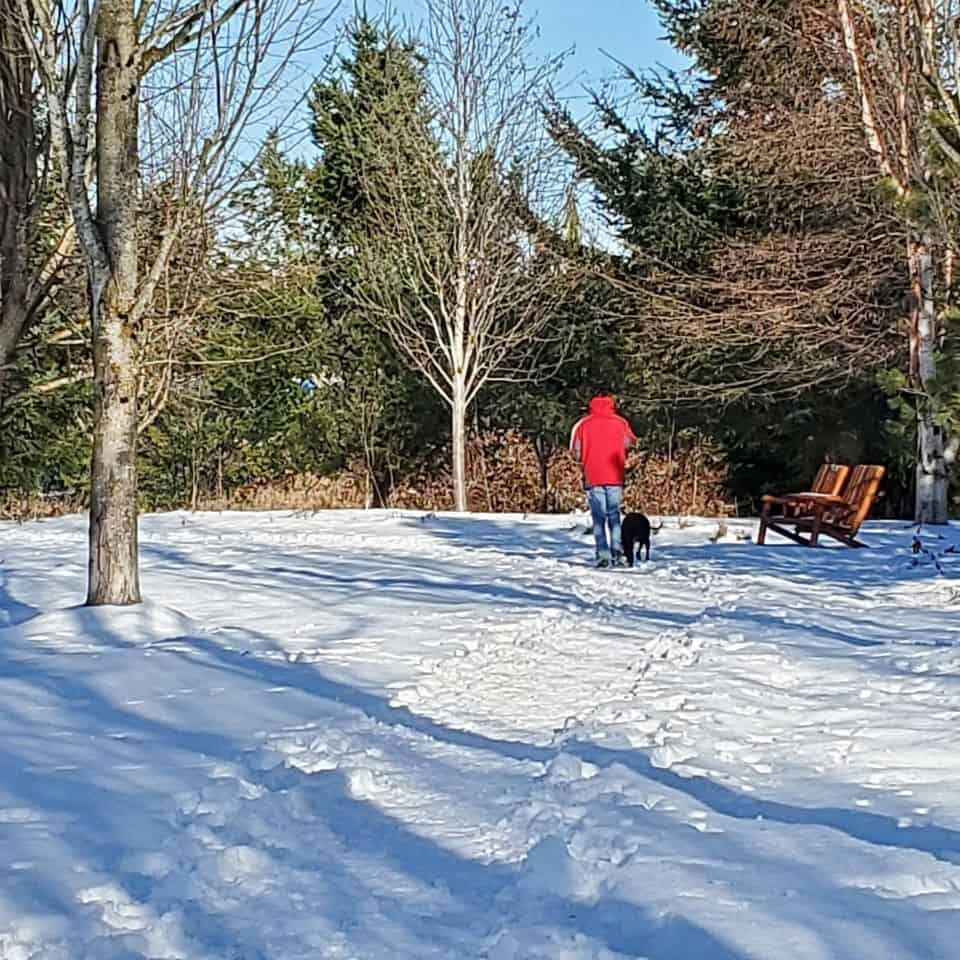 This 12 hectare site was once a farm. Together with the Township of Langley, a group of dedicated volunteers have transformed this land into a Wetland Arboretum. There is a focus on trees and other woody plants. In addition, over time other parts of the land have been developed. For example, various gardens now include the Les Clay Rhododendron Garden, the Beverly Anne Clay Rose Garden, Dyer's Garden, and Dave's Bird Garden, etc. 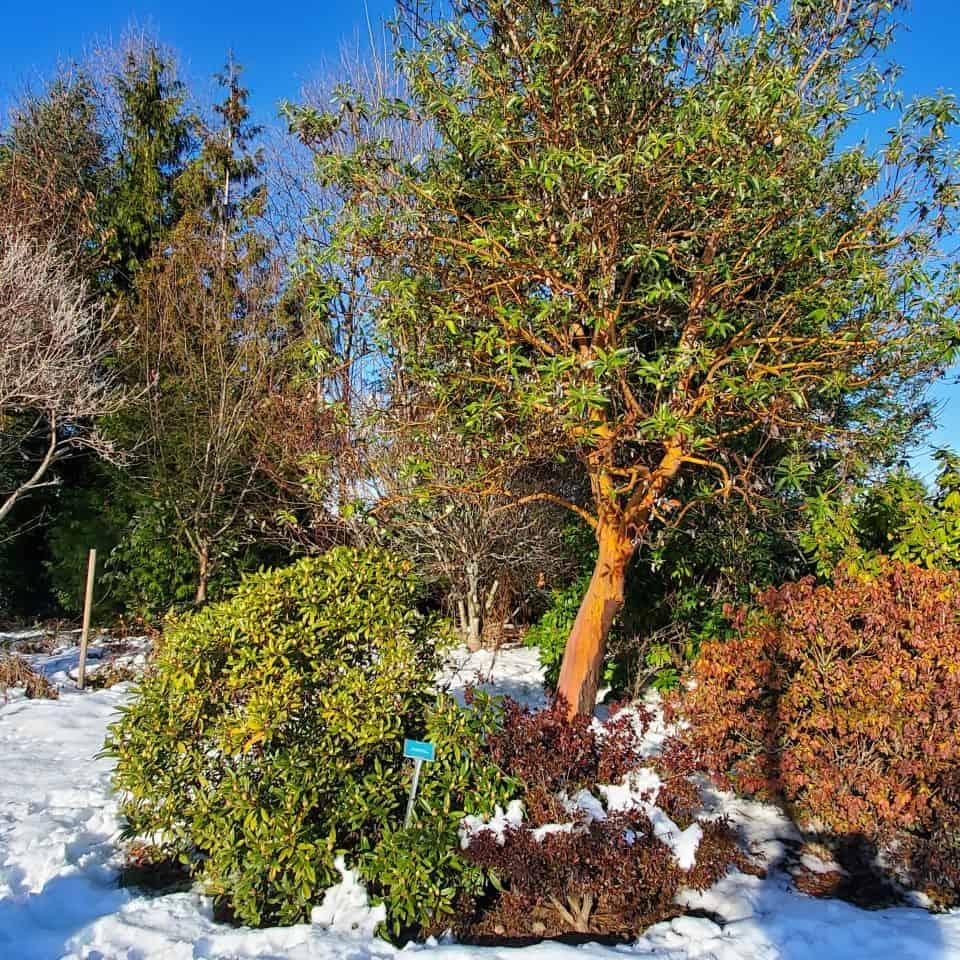 Arbutus tree, one of many species in the park Photo by Diana Mohrsen 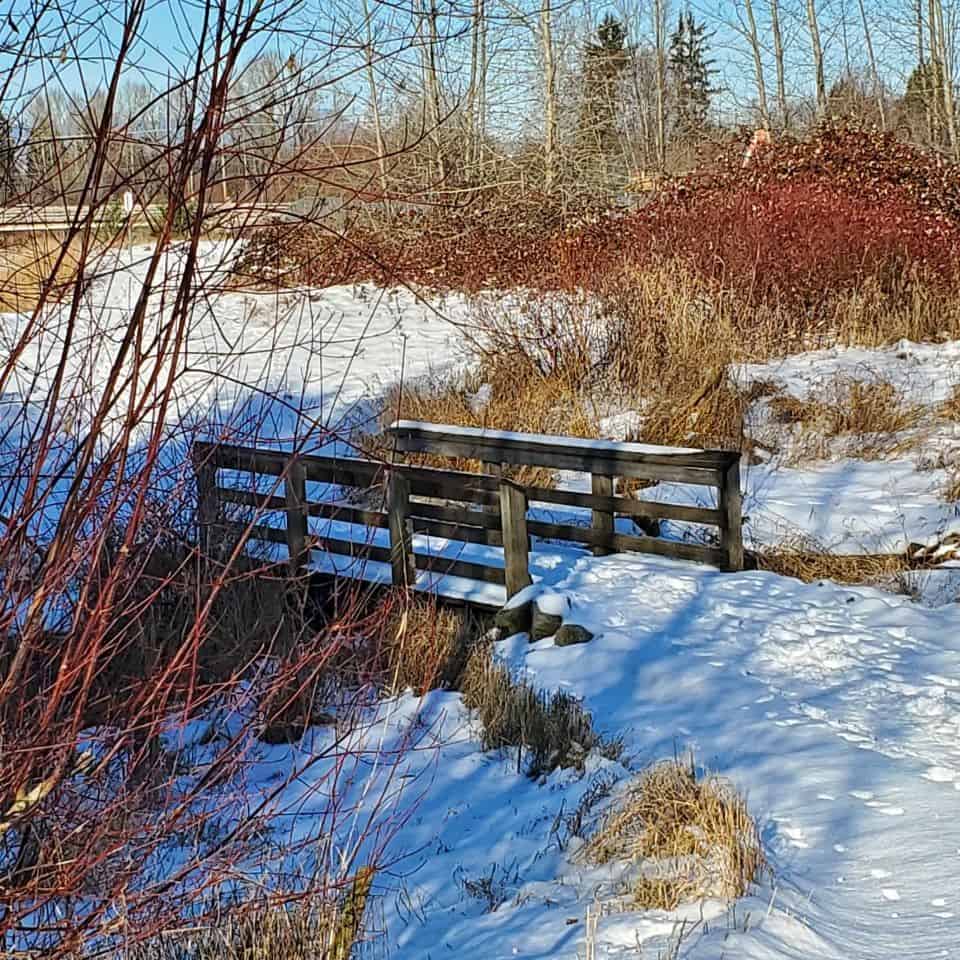 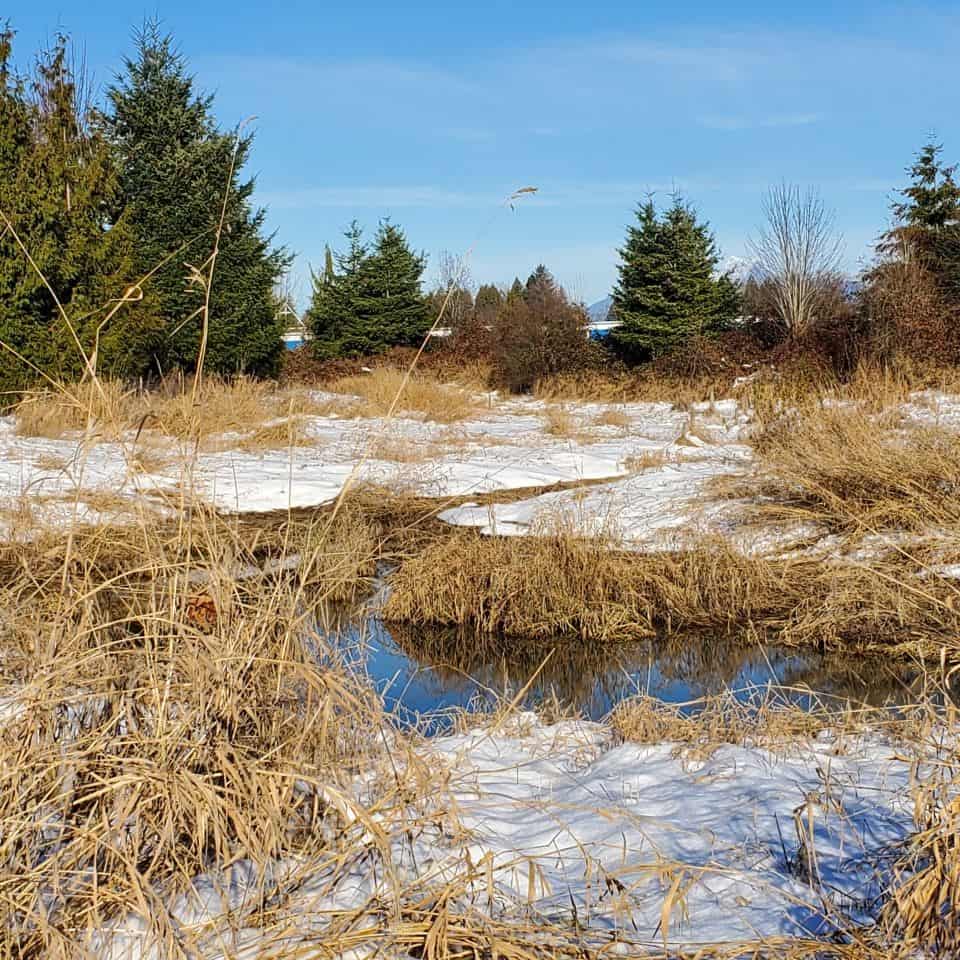 Snow on the floodplain along Fraser Creek Photo by Diana Mohrsen 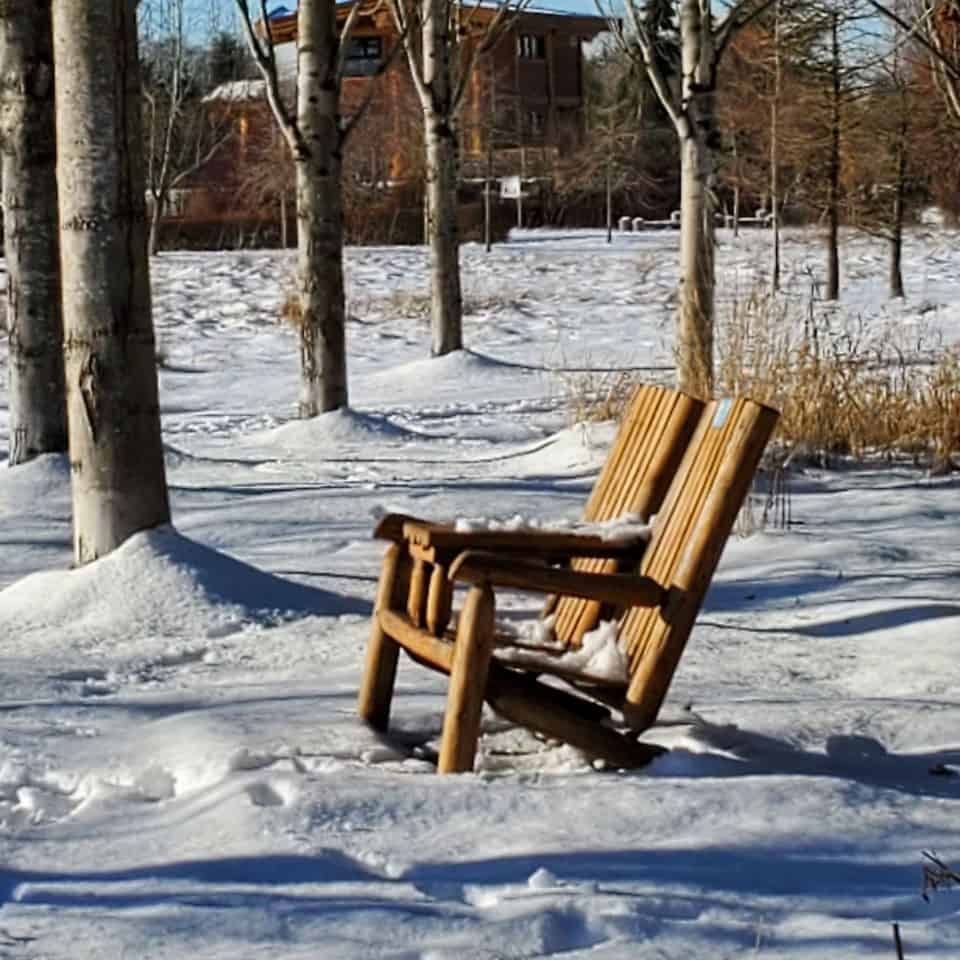 Plenty of double chairs, visit with a friend Photo by Diana Mohrsen

Various Gardens add to the Uniqueness of this Park

The Derek Doubleday Arboretum contains a Langley Demonstration Garden as well as space for community gardens.  As a result each spring you will see row upon row of vegetables growing in the Demonstration Garden. Local residents will be planting and caring for their individual garden plots in the community garden. In addition, for the past several summers there has been a weekly Farmers' Market held on the grounds. 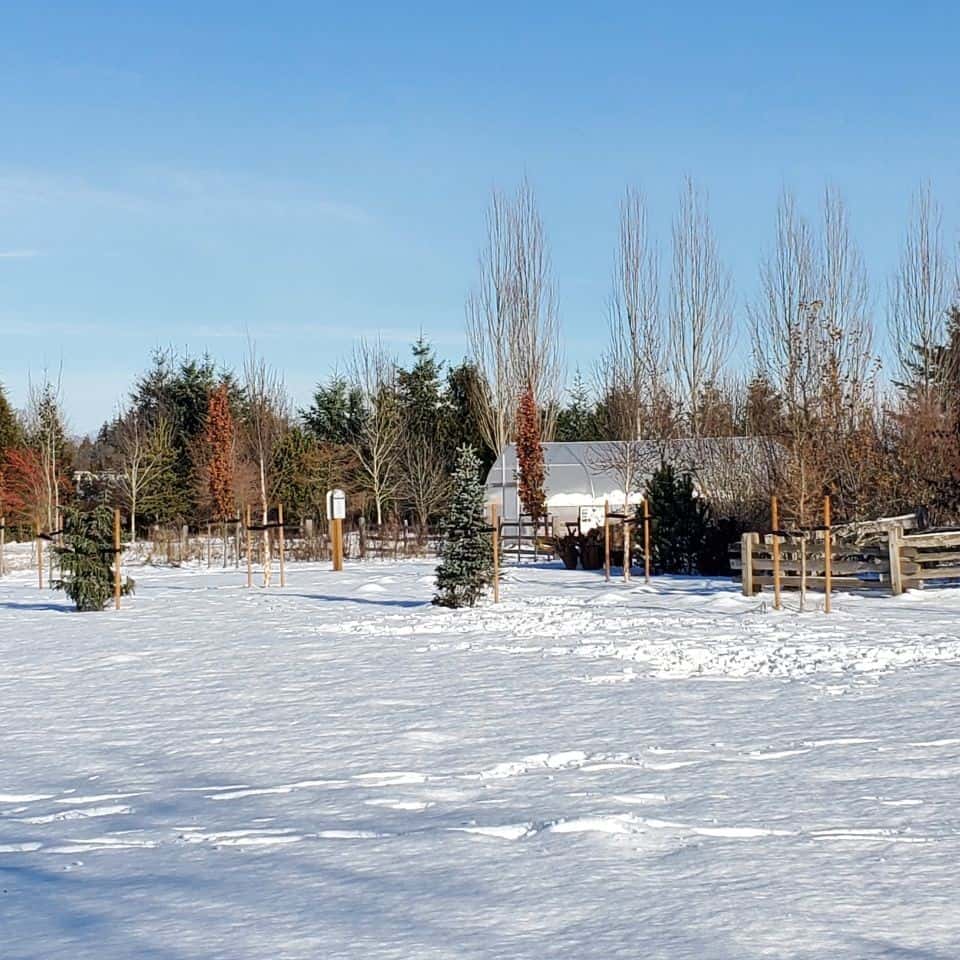 Greenhouse as part of the Demonstration Garden Photo by Diana Mohrsen 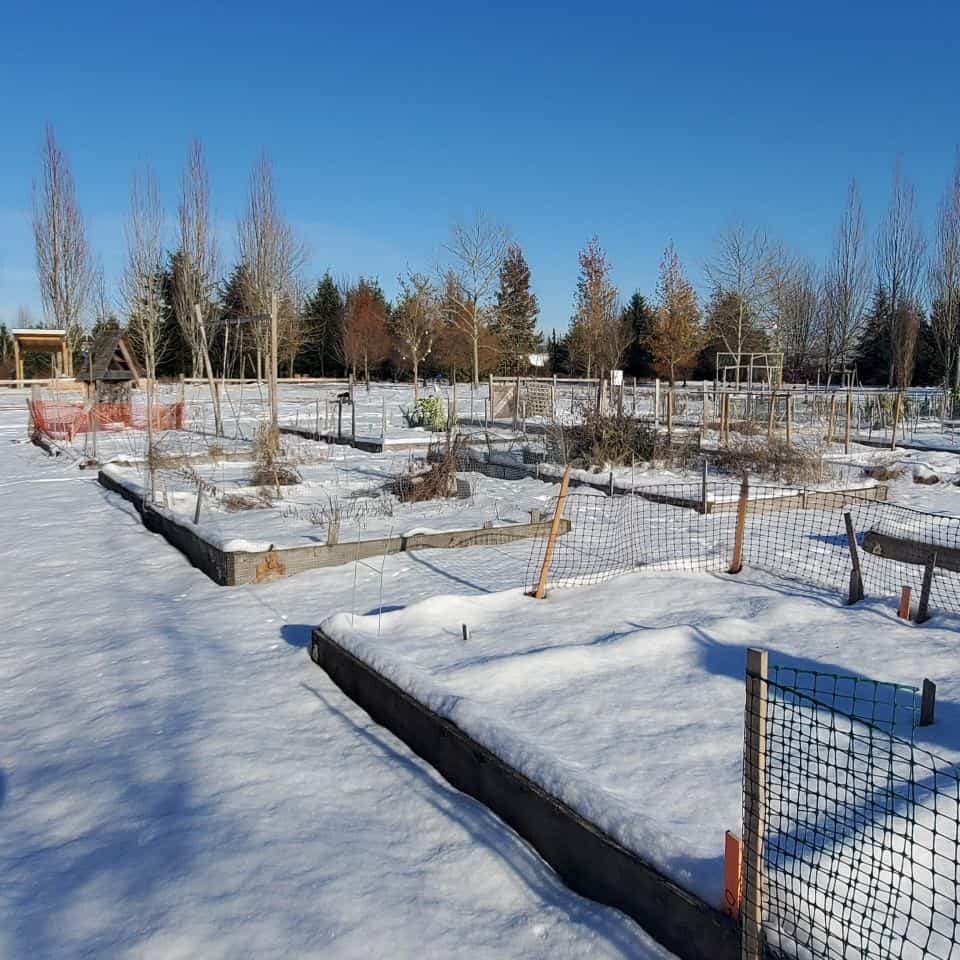 On the far side of the walking trail, there is natural vegetation which leads down onto a floodplain. However, I've not been lucky enough but friends have seen deer and a coyote there. I've only seen bunnies which are often found in the park. Photographers and birders will be pleased to note anything from hawks, to a kestrel, or eagles fly overhead. There is an eagles nest nearby too. Consequently, at different times we've seen northern flickers, Steller's jays, goldfinch and house finches. Hummingbirds dart around the wonderful flowers. There are usually ducks in the creek down on the floodplain and you might get a glimpse of a Great Blue Heron.

Something for Everyone at the Derek Doubleday Arboretum

Come and stay awhile! There's a inviting gazebo with picnic tables if you want to bring a lunch. On the other hand, just stop by with a friend and finish your coffee. There is even an outdoor fitness area. 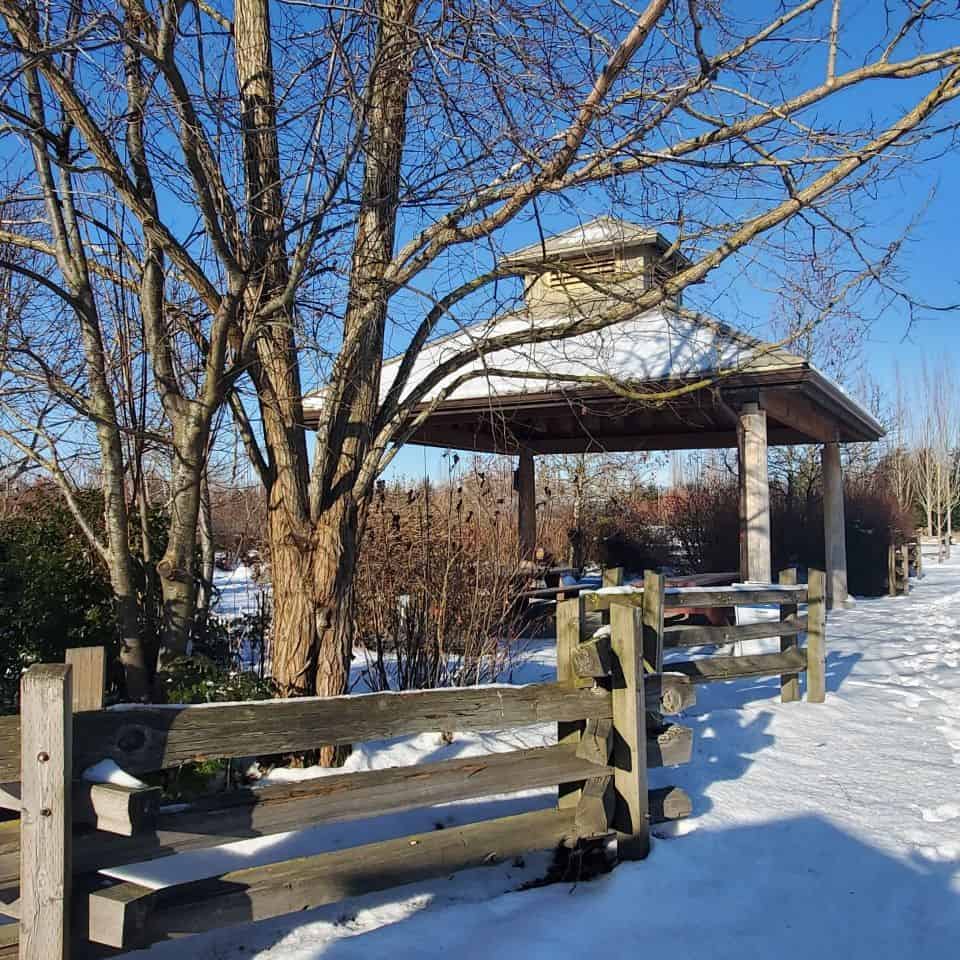 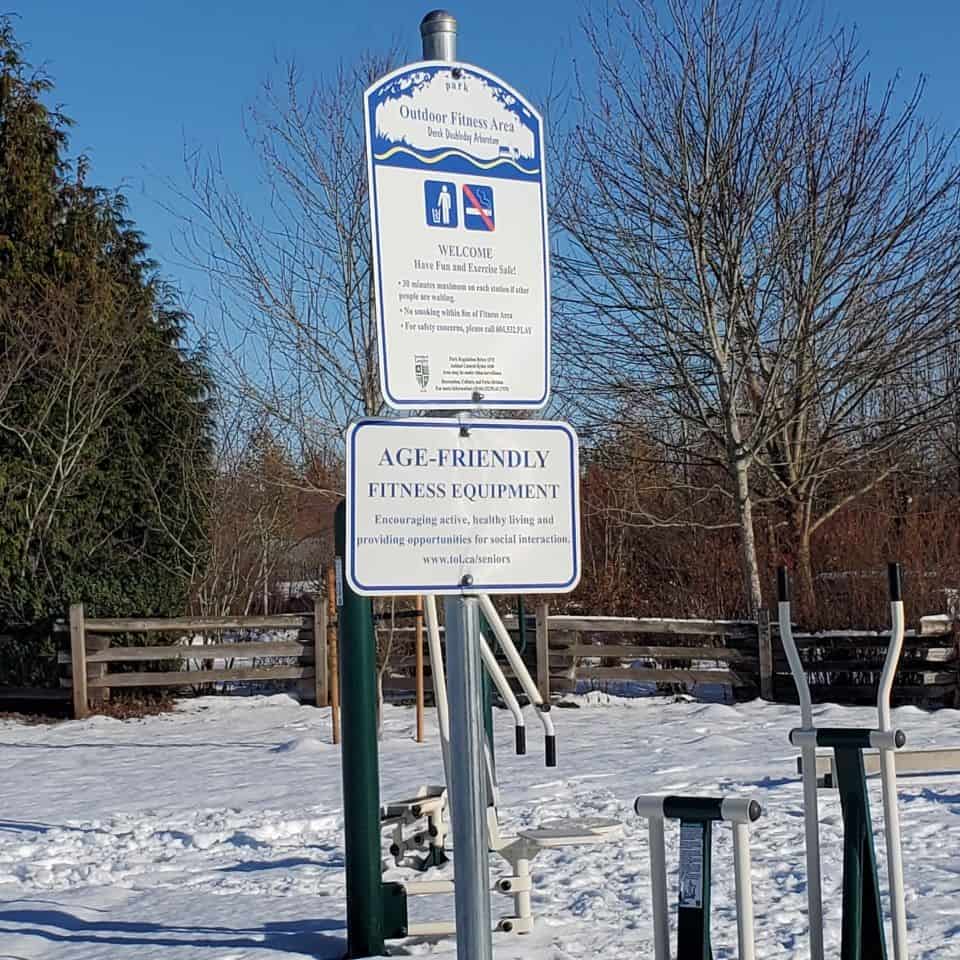 In addition to the many gardens already mentioned, A Korean War Memorial Garden is currently being created around the Gapyeong Stone. There is also a Willow Garden. Notably, there is a recent addition of the Rotary Interpretive Centre. Hence why volunteers have been so important to the creation of this park . Therefore, one might expect this park to continue to evolve in the future. 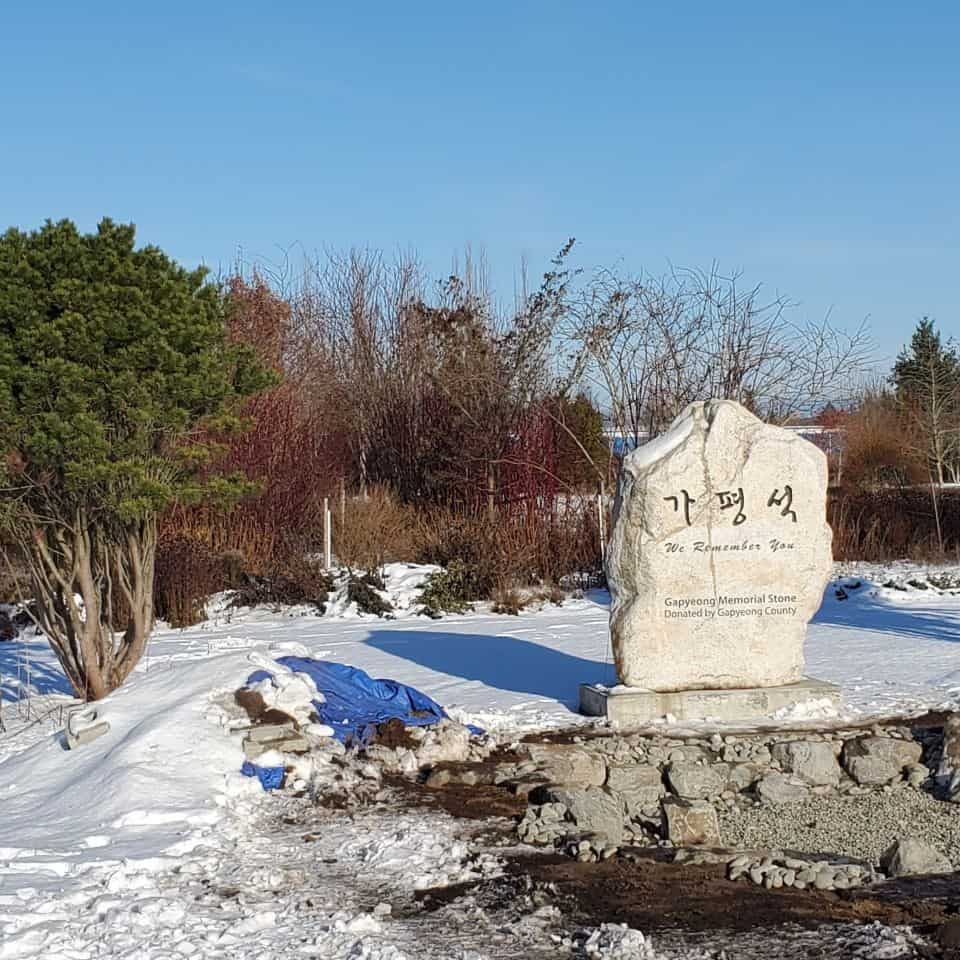 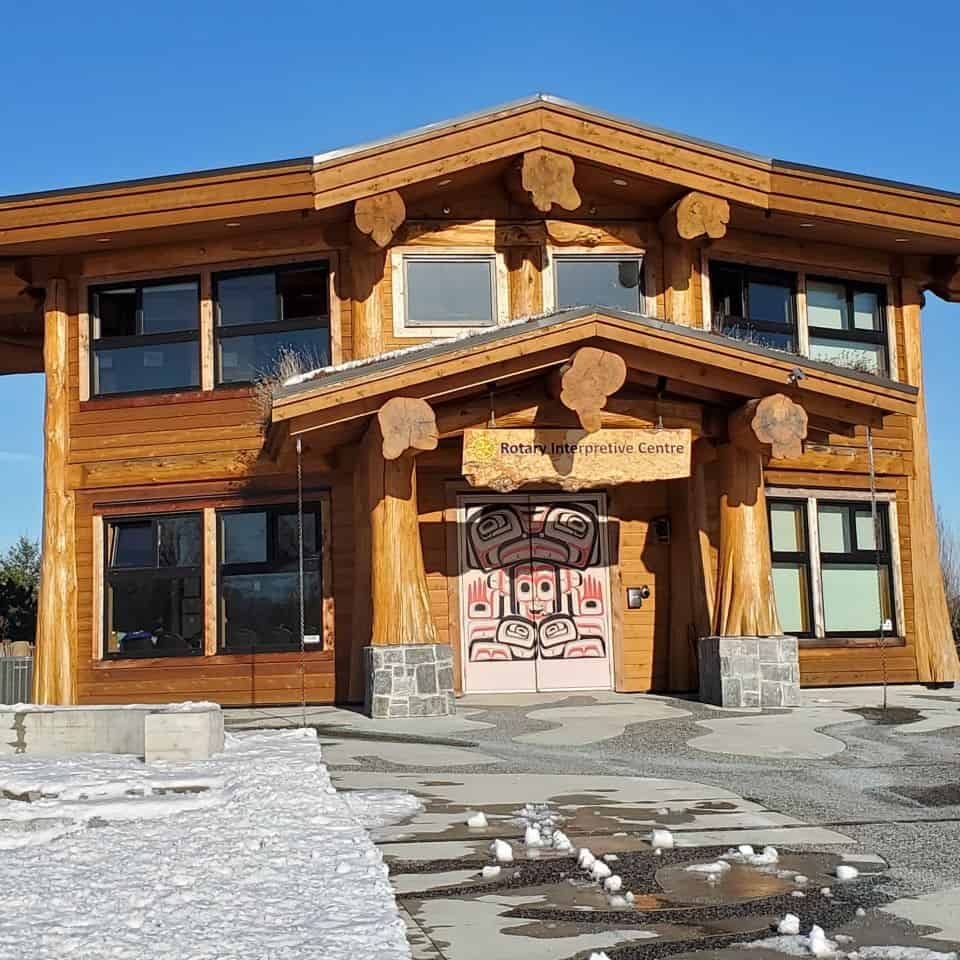 Every Season has its own Beauty

The Derek Doubleday Arboretum is a four season park. Therefore the beauty in the winter season is far surpassed by spring, and summer when the flower gardens are just stunning. The variety of trees means some amazing autumn colors as well. Walking or running, alone or with a companion, this park will delight the senses.

Derek Doubleday Arboretum in Langley BC

Sounds like a great park to visit for a short time in nature.

0 Cancel Reply
Sounds like a great park to visit for a short time in nature.
Cancel Update Comment

Thanks, Kelly. It is. I've visited it many times.

0 Cancel Reply
Thanks, Kelly. It is. I've visited it many times.
Cancel Update Comment

Agreed, Andrea. Many parks seem to be adding workout equipment. A great addition!

This sounds like a beautiful park. I will be sure to check it out the next time I am visiting Langley.

1 Cancel Reply
This sounds like a beautiful park. I will be sure to check it out the next time I am visiting Langley.
Cancel Update Comment

I'll pick up the coffee!

It is. I often walk there with a friend.

0 Cancel Reply
It is. I often walk there with a friend.
Cancel Update Comment

What a great reminder that arboretums are interesting places to visit in all four seasons, not only when the flowers are in full bloom. Very well written piece!

1 Cancel Reply
What a great reminder that arboretums are interesting places to visit in all four seasons, not only when the flowers are in full bloom. Very well written piece!
Cancel Update Comment

This looks like a great spot to visit in all seasons!