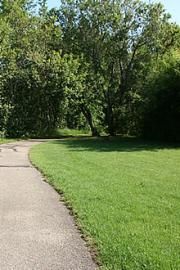 Great Chief Park was named after Chief Maskepetton who was a Cree leader of the 1800s. He was first a warrior and then a peacemaker. He was best known for his efforts of promoting peace among the First Nation tribes of the Central Alberta region in particular the Blackfoot Tribe..

All three parks are connected by the 9 kilometre Waskasoo Park North Bank Trail which follows the Red Deer River from Heritage Ranch to the Discovery Canyon.

There is also a nearby boat launch for accessing the Red Deer River in the summer for boating and fishing and for snowmobiles during the winter.