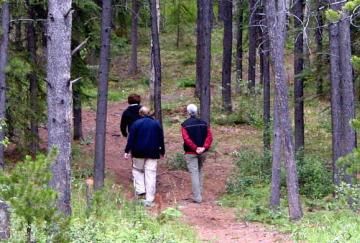 White Lake Provincial Park is a 266 hectare wilderness park located on the north shore of White Lake, just east of the village of Blind Bay and north of the community of Salmon Arm, BC, Canada. Established in 1965, the park is a remote destination in a rugged setting situated on a large peninsula in between the two southern arms of Shuswap Lake.

In the summer months White Lake is a very popular fishing, kayaking, canoeing, hiking, swimming and wilderness camping destination. The camping area on the lake is undeveloped providing very few amenities and is only suitable for small campers and tenters.

Although limited, the amenities available in the park include a rough roof top boat launch, pit toilets and a picnic shelter. The 10 campsite park does not include picnic tables or fire pits. The campground operates on a first-come first-serve basis, so be early or have a back up plan for an alternative camping accommodations.

Fishing, year round, is a big draw in this park. White Lake is considered a top angling lake in British Columbia, Canada. It is said the lake is ideal for, both, flyfishing and trolling for rainbow trout. Please make note the boat launch accessing the lake is rough and provides little room to maneuver vehicles.

Surrounding White Lake Provincial Park is a selection of marked and unmarked trails. The three main trails in the region attracts many hikers, bikers and horseback riders during the summer months.

One of the more popular hiking trails in the region is a one-way trail starting near the Settle Road turnaround and traveling for 5 kilometres along the south shore of the lake through wetlands, bogs and forest to the Bastion-White Lake FSR (Forest Service Road).

A viewpoint trail located at the north end of White Lake starts from Pari Road and travels up for 3 kilometres over some cliffs leading to a view point overlooking Tappen Valley. And another trail worth exploring in the region starts at a gravel pull out near Fairview-White Lake Road. The trial passes a series of ponds on the way to Mahoney Lake and to a viewpoint a top Mount Keogan.

In the winter, after the snow falls and the temperatures drop, White Lake Provincial Park is also a popular destination for ice fishing, cross country skiing and snowshoeing. At the east end of the White Lake is a series of cross country ski trails popular during the colder months.