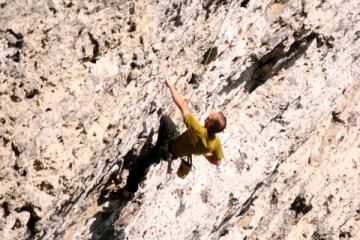 The Skaha Bluffs is the best known climbing face in the Okanagan Valley. Some of the climbing routes include "The Belfry", "The Doctor's Wall", "The Elusive Edge" and "The Fortress". And many more routes including "Going Shrimping", "Beefmaster", Squeeze Me In", "Salvation", "Blackwater Fever" and "I'm Utterly Useless".

There is a hiking trail leading to the peak of the Skaha Bluffs. The moderate hike should take no longer than an hour to complete. The hike explores through trees, desert lands and sage brush before reaching a far reaching viewpoint.

Skaha Bluffs , Penticton, BC, Canada in the Okanagan Valley

How To Get ToSkaha Bluffs

:
How to Get Here: The Skaha Bliuffs are located south of Penticton, British Columbia, Canada via Valleyview Road.

skahabluffs
PreviousNext
No reviews yet for Skaha Bluffs.